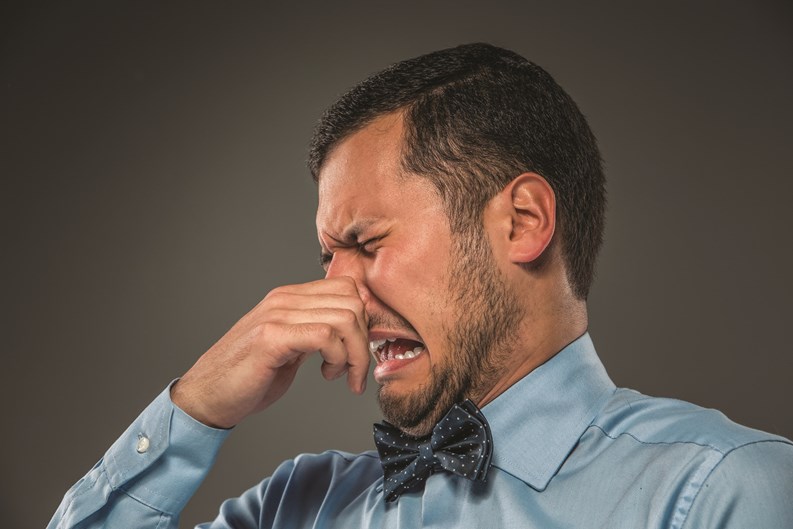 Few things in life are as precious yet underappreciated as clean air. We take it for granted. Breathe in, breathe out—we rarely even notice the action.

Ensuring that the air we breathe is clean, fresh and safe is one of the myriad responsibilities that boards and building managers must undertake on behalf of their residents and shareholders. Fortunately, with the right expert advice and testing, the task need not be too daunting.

No one likes stagnation, least of all when it affects the air we breathe. “Ventilation is a central component of good air quality,” says Casey Birmingham, senior project manager for The Falcon Group, an engineering and consulting firm based in New Jersey with offices in New York City and around the country. And too often that component can be forgotten, leading to stale air, allergens, odors and other problems for residents.

“While there are often minor complaints about odor transmission, the bigger issue is buildup of molds as well as water infiltration,” says Birmingham. Another common issue in buildings built from the 1960s to the present is that they typically have mechanical ventilation and it can over-exhaust. That means the building does not get the correct amount of outdoor makeup air to balance the air it vents out, creating draftiness, which manifests itself in whistling windows, doors or elevator shafts. This problem is further exacerbated by the “stack effect” experienced in tall buildings.

Older buildings, says Birmingham, are not typically ventilated by mechanical equipment. Before the 1968 building code was implemented, buildings typically relied on natural venting through the opening and closing of windows and doors. And that can be a good thing.

“With prewar buildings, you actually have better ventilation because you can open the windows and control ventilation,” says Maria Vizzi, president of Indoor Environmental Solutions, based in New York City. “You have more control over the environment and transfer of air.”

With the more airtight construction of post-war residential buildings, “the air is more stagnant,” Vizzi says. “The building’s ventilation act as the lungs of the building. If it’s not breathing properly, we have a problem.”

Sometimes construction impacts airflow because of waste or even the building over of vents and ductwork. When Vizzi’s company receives complaints of stale air, they will put a camera down into the ductwork to see if there is a blockage or obstruction. “We find interesting things in the ductwork,” Vizzi says. “Someone will have done a renovation and there are materials in the ducts or debris will have fallen into the system.”

And sometimes, the line is blocked completely by renovation. Vizzi says they will put a camera down the line and discover that there is now a wall where the vent once was.

“Respect the ducts,” Vizzi says. “There’s not always a lot of understanding on why the duct is there in the kitchen or bathroom. But it impacts that apartment and everyone on that line. It’s important to be conscientious of your neighbors.”

Other minor but common issues can affect air quality as well for residents, including “second-hand smoke,” says Doug Weinstein, vice president of operations for AKAM Associates, Inc., which has offices in New York City and in Florida. “Cleaning the trash compactor chute is also important. You can get odors resonating into hallways and common areas.”

In its most extreme forms, poor indoor air quality can produce what is known as “sick building syndrome.” While most often associated with commercial buildings, it can be a concern for residential dwellings too. The Environmental Protection Agency (EPA) defines sick building syndrome as a term used to describe “situations in which building occupants experience acute health and comfort effects that appear to be linked to time spent in a building, but no specific illness or cause can be identified.” The problems may be felt in one particular room or area or manifest themselves throughout the building.

This stands in contrast to “building-related illness,” which, according to the EPA, is a diagnosable illness that can be identified and attributed directly to airborne building contaminants.

“Sick building syndrome is absolutely a real thing,” says Drozdov. “Some of the causes include mold, poor ventilation and low humidity levels.” Those issues can be avoided by ensuring proper ventilation, improving air distribution, finding and fixing pollutant sources.

Knowing that indoor air quality is so important to quality of life as well as long- and short-term health, there needs to be a strong commitment to creating and maintaining the systems that make it possible. “Typically, people get professionals involved only when there’s a problem,” Birmingham says. “They do not realize the opportunities for energy savings and quality of life.”

The first step in taking advantage of those opportunities is to call in a professional who can examine what is in place and provide guidance on how to make improvements. “If your building is over ten years old and no one has addressed ventilation in the last decade, it should be looked at,” says Birmingham.

In order to see the full picture on a building’s air quality, “you would need to perform a full indoor air quality assessment, including testing for humidity, air flow, mold and VOCs (volatile organic compounds),” says Drozdov. VOCs can be found in paints, varnishes, wax, fuels and household products and can be released when they are in use or, to some degree, when they are stored.

The search for airborne irritants and allergens can be measured “using biocassettes and air sampling equipment for mold,” says Drozdov. Respirable dust monitors and photo ionization detectors can paint the picture for general indoor air quality. “We would recommend that this testing be done by professionals only to prevent misinterpretations of data that could lead to wrong decisions,” Drozdov says.

Because construction can play such a big role in air quality, it is imperative that those projects be monitored and that everyone involved understands and agrees on how to manage the use of chemicals and construction materials. For example, “only use water-based polyurethane for floors,” says Weinstein. “Otherwise, VOCs can get released into the air. Work with your construction team to make sure they’re using products with the least amount of VOCs.”

The same caution should be applied to the chemicals used in cleaning and building maintenance. “Make sure that the material safety data sheets are on hand, which outline the uses for chemicals and shows what kind of ventilation is necessary,” says Weinstein.

Regular inspections and maintenance of building equipment and systems also ensures that residents and building staff are enjoying good air quality. When verifying proper operation of ventilation and other air-related equipment, these systems should be looked at four times a year, says Birmingham, to check that items such as fans and belts are functioning smoothly. “Outdoor air intakes should also be looked at four times a year,” he says.

Weinstein agrees. “With air quality, a lot of it is cleanliness of equipment,” he says. “Make sure the filters are changed and the machines are working optimally. Do a periodic cleaning of the ventilation shafts. Put it on a regular schedule.”

And, “It is important to clean the duct work,” stresses Vizzi. “It doesn’t get as much attention because people can’t see it. What you don’t see, though, can hurt you. It’s a matter of education. People need to understand that when they have stuff coming out of the grill in their kitchen, that’s not normal. You can have a $5 million apartment and still have stuff coming through that vent.” Regular cleaning is the best and easiest way to make sure that something like that does not happen.

For cooling and dehumidifying equipment, Birmingham suggests that building staff examine them in the early spring and early fall, as the moisture levels begin to change. “They should have it inspected and look for things like standing water in the condensate drain pan and microbial growth in the evaporator coils,” he says.

Even if a building was operating at peak efficiency a couple of years back, it is important to go back regularly and check systems. “There are a lot of things that can impact ventilation,” says Birmingham. “Changing windows, changing space use, occupant habits. Air registers can get clogged. Dampers can break over time. You really need a combination of things—a once a decade professional evaluation and regular maintenance.”

If air quality issues are found within a building, it is not the end of the world. “It can be a pretty easy thing to remediate some of these issues,” says Vizzi. Sometimes it is a matter of cleaning. Other times, it may be a matter of tweaking equipment.

To improve air quality, buildings can “increase airflow, install vents in bathrooms, make sure windows are sealed and winterized or glazed properly,” says Drozdov. “They can inspect the roof and façade periodically to ensure that no water intrusion is occurring.”

If bigger changes, including system upgrades, are needed, Birmingham says an engineer will be needed to “ensure you’re meeting all the standards in the mechanical code.”

And while major upgrades or changes may seem to be a headache for the building in terms of cost and time, they also may present an opportunity in terms of energy savings. For buildings that may have systems built on antiquated codes and regulations, “they have huge possibilities for energy savings,” Birmingham says. It’s not a big issue in Florida, but if you have a cold snap in the winter, you can be drafting a lot of colder air that causes your HVAC systems to be much less efficient. Finding a balance can save big in the long run, financially and in terms of quality of life for residents.

Ultimately, good air quality equates to good quality of life. Proper maintenance and diligence can ensure that everyone gets a chance to breathe easier. 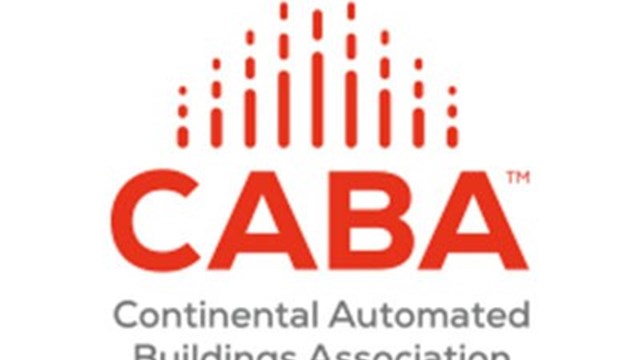 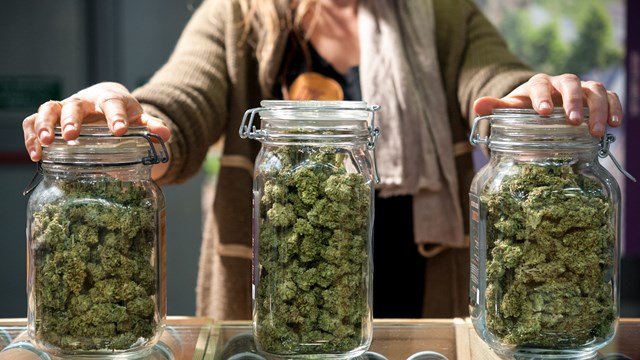 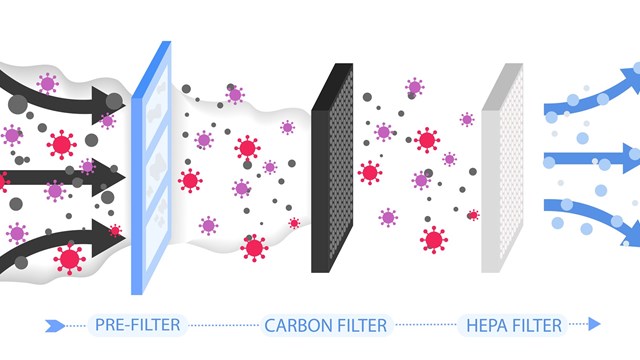