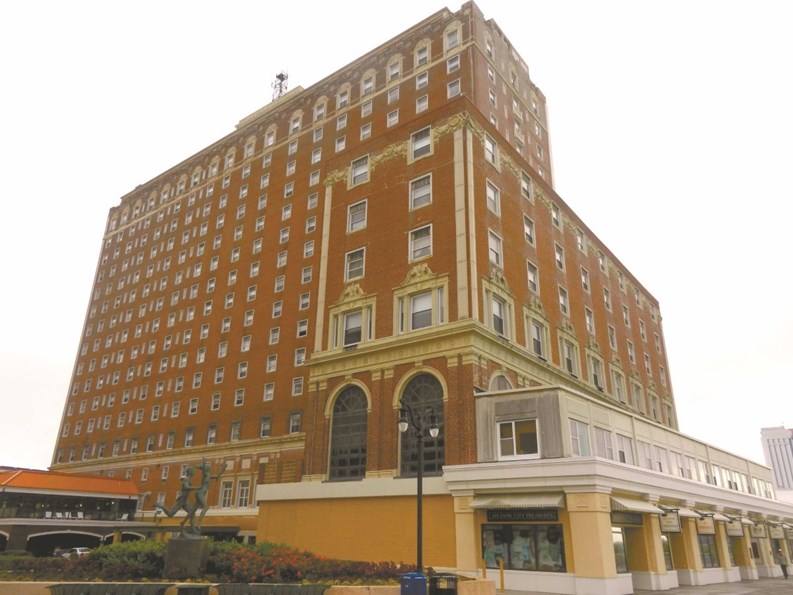 New Jersey is synonymous with many things, but iconic architecture isn't usually among them. To be sure, the state is full of historical landmarks, from the Jersey Shore to Princeton University, but there isn't the same kind of overall focus on architectural heritage as one sees in places like Philadelphia, New York City or Chicago, for that matter. That said, New Jersey is not just one suburban town after another. There's surprising variety in communities and homes, and the architectural styles among the 565 municipalities in the Garden State, new and old, reflect that.

As New York City housing prices continue to rise, encouraging younger professionals and families to widen their search for more affordable homes, New Jersey's urban areas are seeing a trend of revitalization, and new architectural styles one might expect to see on the west side of Manhattan are cropping up across the Hudson.

The thrust of New Jersey’s historical architecture tends to be centered in historic homes, cottages or meeting houses (the Victorian-era cottages in Montclair and Cape May, for example), municipal government and office buildings, and institutions like churches, schools, hospitals or factories. Much of its high-rise residential architecture is relatively new construction built in the last 20 or 30 years. Condominiums like Maxwell Place (1971), Hudson Tea (2004), Liberty Towers (2001-03), Liberty Harbor (2007), Trump Plaza (2008) are examples of some of the newer buildings offering high-quality amenities to New Jersey residents.

T.J. Gottesdiener, AIA, an architect and managing partner of the New York office of Skidmore, Owings & Merrill (SOM), relates that the improving post-Recession economy has resulted in more work the past few years—with an increase in new multifamily residential buildings.

“The Post-modern era is gone,” he says. “More buildings today are trying to have a character to them and an integrity to them. I think one of the trends we are seeing is that people understand that good design is ultimately good business, and you don’t necessarily need the big name. People are understanding it’s about what you build and how it fits into the urban context.”

That's as true in Jersey City and East Orange as it is Manhattan, and both of the former communities are seeing some contemporary additions to their housing stock.

As young professionals who grew up in the suburbs flock to urban centers with more amenities—and those who have done their time in more expensive markets are looking for more space for growing families—developers are using the design of residential buildings themselves as a tool to draw new homebuyers to their buildings.

“You have a lot more flexibility in the urban areas in terms of what your building is going to look like,” says Matthew B. Jarmel, AIA, MBA, a principal of Jarmel Kizel Architects & Engineers, Inc. in Livingston. “You can really design it to appeal to a certain demographic. For example, the facades might have a mixture of metal panels, masonry and a lot of glass, but you're not going to see traditional architectural detailing where you have a brick building with arches and lintels that looks like any other building that was built in the last century or early parts of the 20th century. They're going to be a style unto their own,” he says.

Farther out in the suburbs, styles tend to be simpler and more traditional, which means colonial-style buildings in brick or siding, with shingled-roofs that call to mind 1950s Americana. “With the colonial style, you'll see homes that feature cultured stone veneers, which goes back to the old colonial buildings that were made from the area's indigenous stone,” says Patrick J. McAlary, AIA, a registered architect with FWH Associates, P.A. in Toms River. “People are looking for traditional style homes in condominiums. They're not really looking for cutting-edge architectural styles.”

Blending new construction into an existing streetscape without disrupting a community's aesthetic or historical continuity can be tough sometimes, say the pros. Whether commercial or residential, new construction on a square or on Main Street must often abide by strict zoning and construction rules in order to maintain a small-town feel.

“Many of these new buildings are mixed-use buildings with space for business on the ground floor, which is usually built like that of a conventional steel or concrete structure, and then you go four stories above it with wood framing, and the looks of these buildings are designed to blend with the rest of downtown,” says Jarmel. “The planning boards of these towns have a lot of power and a lot of input in terms of what your building looks like. Most of these communities will have an architectural review board and they want the building to fit in contextually with all the other buildings that are there,” he says.

As with nearly everything else these days, the incredible pace of technology is transforming the look and feel of residential units—including how they use energy. Not only can you now control your air conditioner or lights with your smartphone, but architects can draw from cutting-edge technology, environmental science and geology to construct buildings that are 'green' from scratch, conserving energy, making use of more sustainable building materials, and cultivating a more harmonious relationship with their natural surroundings.

“There’s been a great increase in sustainability,” says John Reed, AIA, design principal at the architectural firm of CannonDesign, based in New York City with locations worldwide. “I think the architects may be leading it, but it’s something that everyone, from the landlords to the public to the owners, is looking for in all these projects. The last oil crisis started it but then it waned for a while, but the last seven years there has been an increased interest again.”

Of course, technological advances and the changing needs and expectations of residents means that the era during which a place was built has a large impact on both its common areas and individual units in terms of square-footage, amenities, and building materials. Urban or suburban, housing stock from the 20th century has always been pretty neatly divided between prewar and postwar construction, each with their own distinct pros and cons.

Before World War II, lower labor and material costs afforded real estate developers to build bigger units with taller ceilings. Land was also not at the premium that is today. So prewar buildings tended to have larger apartments—some of which are up to 5,000 square feet, and even contain maid's quarters—though those larger spaces may be divided into many smaller rooms. Apartments in prewar buildings tended to be quieter, thanks to exterior walls and walls between units being constructed of masonry materials such as brick, limestone and terra cotta. On the downside, some of the older prewar buildings don’t have the same amenities as many postwar buildings.

With the huge economic boom after the war, builders couldn't get homes up fast enough. Thanks to federally sponsored programs, many families could get a home on the cheap—and their apartment buildings and homes tended to be made cheaply. Some of these buildings are prone to leaks and other water infiltration issues. (The housing boom of the 1990s and 2000s followed a similar pattern to the postwar period, and many buildings from that period can experience substantial maintenance issues after just 10 or 15 years from completion.)

“As far as style, after the war, modernism was more widely embraced and efficiency of space was really required to house the growing population,” says Stephen Alton, the founder and principal of Stephen Alton Architect. P.C. in New York City. “Ornamentation was seen as excessive and out of fashion, so the buildings generally became less ornamented. Staff to run a house was reduced or eliminated, and the working woman became more common. This impacted on the size of kitchens, appliances, amenities, doormen, and a slew of other reactions to the changing populace.”

Like some of the newer buildings, one problem with some of the older constructions is maintenance—though it's more an issue of 'just not making them like they used to' than of slapdash modern construction. Some construction techniques which once were used to repair these oldsters just aren’t practiced much anymore—and finding a qualified specialist can be both time-consuming and costly. There are also fewer suppliers of some vintage construction materials as well, with just a handful of manufacturers making the necessary architectural elements of a building. This means that how well and consistently a building is maintained over the years is crucial to it functioning successfully and retaining its value.

“The biggest problem with older buildings is the residents not having the capital reserves to keep them up,” says one pro. “A lot of it is driven by how these places are managed. I would say some re-education of board members is needed. The cost of repairs has escalated in the past 20 years.”

In the last 15 or 20 years, residential buildings have changed the way they look at amenities and quality. Public spaces have grown, and the inclusion of amenities that used to be luxuries, like a laundry room, or maybe a pool table or meeting room, are now simply not enough. Unit sizes have not changed much but the competitive edge is often the quality of finishes, the location, and very importantly, the amenities that drive today’s condo buyers.

Keith Loria is a freelance writer and a frequent contributor to The New Jersey Cooperator. Editorial Assistant Tom Lisi contributed to this article.