Do not show again [X]
By Blake French   2015 April Neighborhoods 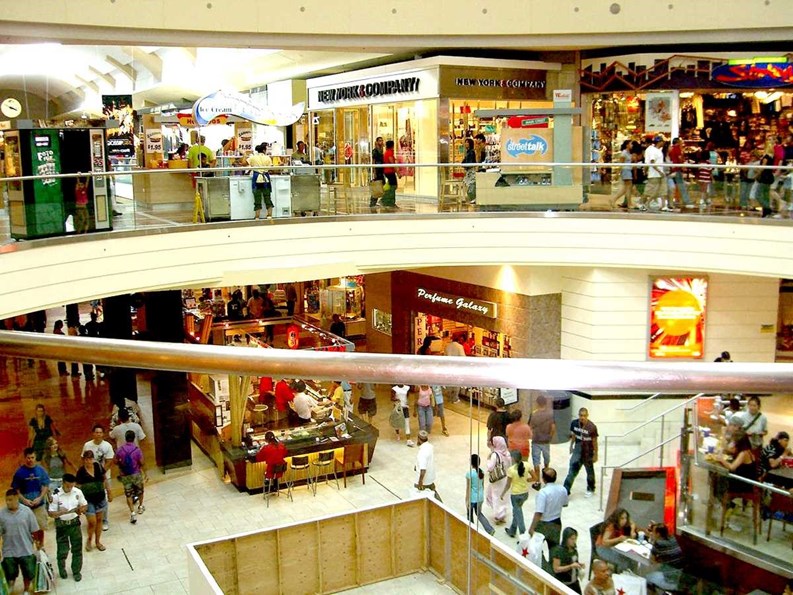 Named a “New Jersey Healthy Town” under the state’s Mayor’s Wellness Campaign in 2013, Paramus—a city in Bergen County—rests less than 10 miles from Upper Manhattan. With a modest population of just over 25,000 residents, the city is an ideal suburb for residents looking for short commute distances and safe communities for families. In fact, New Jersey Monthly magazine ranked Paramus as 21st in its 2013 rankings of the best places to live in New Jersey.

Despite its close proximity, Paramus allegedly offers only one absolutely clear view of the New York City skyline, which is located on Farview Ave., the highest peak within the city limits.

As many locals know, Paramus, which is home to about 27,000 people, is one of the largest shopping destinations in the United States, generating over $5 billion in annual retail sales, often more than any other zip code in the country. It has five major indoor shopping centers serving local residents in Bergen and Passaic County in New Jersey and Rockland County in New York.

Why does Paramus generate such intense shopping interest when New York City, located just 20 minutes away, offers tremendous retail opportunity and has a far greater tourist and luxury demographic…because of Uncle Sam, of course.

Paramus ranks as a top shopping destination, in spite of the limited shopping hours mandated by the city. Indeed, the city of Paramus enforces some of the most restrictive blue laws in the nation, which ban most retail businesses from opening on Sunday. Additionally, malls are required to close on Thanksgiving and Christmas Days, with early closing—half days—on Christmas Eve, New Year's Eve, and New Year's Day. Furthermore, stores cannot open before the hours of 7:00 a.m. or remain open after 11:00 p.m.

Although the restrictions started as a religious observance, the blue laws are kept on the books due to a desire of the residents of Paramus to have one day a week when traffic is tolerable. Paramus is one of the last places in the United States to have such extensive blue laws.

Additionally, the Paramus Borough Code forbids the performance of “worldly employment” on Sunday, with exceptions for charity, and the sale of newspapers, drugs, meals, prepared food and cigarettes, and limited exceptions. In spite of its six-day shopping week, Paramus consistently has the most retail sales of any zip code in the United States.

Many national chain stores claim Paramus as their most prominent location, including Nordstrom, in which the Paramus store is their best-performing chain wide. There are 25 retailers that occupy multiple stores in Paramus, including Macy's—which had locations in three malls at one point.

“The name Paramus derives from the Lenni Lenape name for the area,” says the late Fritz Behnke, founder of the Historical Museum of Paramus. “In a deed dated 1709, in which Native Americans sold a large tract of land…the Ramapo Tract. It was identified as Perampsepus…which, in their language, meant ‘where there is worthwhile or fertile land.’” Overtime, the word became Paramus.

Fur traders first arrived in Bergen County, searching for pelts, which introduced the European influence to the area. By 1630, a trading post had developed on the New Jersey side of the Hudson River. In the 17th and 18th centuries, the Hackensack, Passaic, and Saddle Rivers were wide, free flowing rivers, providing easy access to the area for land transactions.

Before malls took over the city, Paramus was once a truck farming area, one that helped New Jersey attain “Garden State,” as its nickname. During the 1940s, Paramus’ total population was 4,000; there was no central town center and a mere 94 retail establishments. Although the opening of the George Washington Bridge in 1931 and the widening of New Jersey Route 17 and New Jersey Route 4 made it accessible to millions of visitors and locals alike, it wasn’t until the 1950s that massive commercial development hit the area.

During the 1950s and 1960s, Paramus—lacking any master plan until 1969—was redeveloped into two shopping corridors when its farmers and outside developers saw that shopping malls were more lucrative than produce farming.

Local blue laws in Paramus were first proposed in 1957 while the Bergen Mall and Garden State Plaza were under construction. Legislation was motivated by fears that the two malls would aggravate the already-severe highway congestion caused by local retail businesses along the community’s highways. An attempt by Gov. Chris Christie to repeal the blue laws in 2010 failed and they were suspended briefly due to Hurricane Sandy.

Paramus is also home to nearly 20 recreational parks and nature areas, and several well-known golf courses, two of which are public links, and the area’s only zoo in Van Saun County Park.

So don’t shop around, consider Paramus if you want to be close to the Big Apple and the nearest Nordstrom, Macy’s or Lord & Taylor’s and 2,700 other stores where you can shop till you drop, it’s the chic place to be.

Blake French is an associate editor at The New Jersey Cooperator and occasionally contributes articles to the publication.