Do not show again [X]
By Liam Cusack   2014 January Neighborhoods 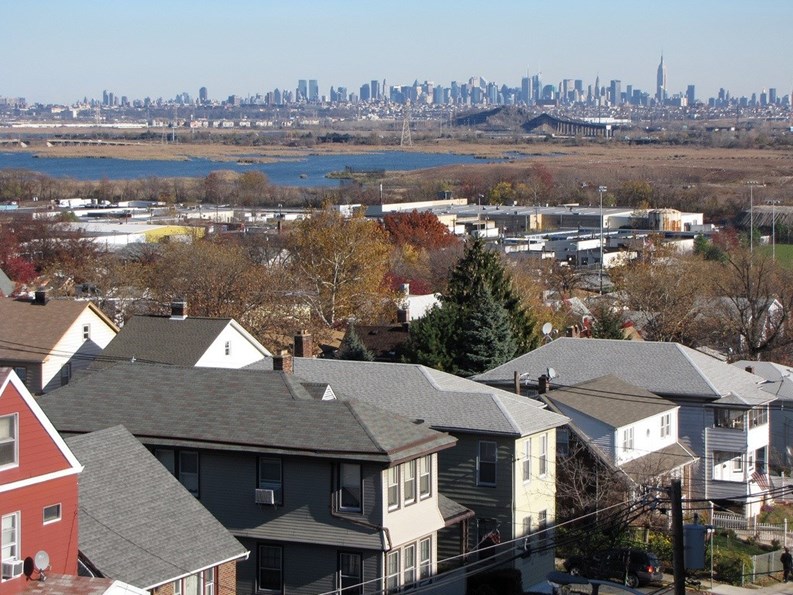 Kearny is a town that I love. It is one of the few places where you can get authentic fish and chips, with malt vinegar on the side. You can also dine on traditional culinary staples like bridies, haggis and bangers. Every January notable restaurants such as The Argyle celebrate Rabbie Burns day. This is a big event which includes highland dancing, bagpipes and recitations of Burns' poetry. It's no wonder why Kearny has such a Scottish connection given its history.

Thousands of Scottish immigrants came to Kearny to work in the textile mills that were established there in the late 1870s. In 1875, Clark Thread Company erected two large mills in Kearny, and added two others in 1890. Other companies such as the Mile End Thread Mills and Marshall Flax Spinning Company followed suit, giving employment to several hundred operators. Families of those early textile workers from Scotland and the British Isles were the nucleus of Kearny’s present population.

Kearny was part of an original land grant from the British crown in which 30,000 acres was obtained by Major William Sandford of Barbados in 1669. He named it New Barbadoes Neck, having paid the chief of the Hackensack Indians 20 pounds sterling for the rights to the land. When Sandford died in 1708, his friend Major Nathaniel Kingsland took over the upper western tract of the grant. In 1710, he sold it for 300 pounds sterling to Captain Arent Schuyler, a former Dutch trader and Indian agent. The new purchase included present-day Kearny, North Arlington, Lyndhurst and Kingsland.

It turns out that Schulyer’s mansion played a role in the Revolutionary War. When Lord Howe of England took possession of New York Harbor, the nearness of Schuyler Mansion drew many of his officers. They generally traveled over a road that today is referred to as the Belleville Turnpike. It was originally made of cedar logs from the nearby swamps in 1759. During September 1777, General Henry Clinton, head of the British Expeditionary Forces in America, selected Schuyler Mansion for his headquarters during one of his more important raiding operations which included the famed Battle of Second River. The mansion stood until 1924 until it was torn down by a land development company.

In the middle 1800’s, Kearny was the upper, or northern, section of the Township of Harrison. General N. M. Halsted sought to get legislative approval to establish an independent township. He succeeded in March 1867 when the New Jersey Legislature adopted an act creating the township of Kearny. The town was named to honor Major General Phil Kearny, commander of the New Jersey forces in the Civil War. The first election of town officers occurred in April of that year, and Halsted was elected town chairman. Three rooms in the old Lodi hotel served as the official seat of government. Its first town hall was built in 1870 and the present town hall, erected in 1909 of Indiana limestone, stands in the center of town.

Manufacturing and industry flourished, and in 1899 Kearny was incorporated as a town. During World War I it served as a major shipbuilding center.

Another notable fact about Kearny, with its proximity to MetLife Stadium, is its proclamation that it is Soccer Town U.S.A. Its early Scottish immigrants established a tradition for playing the sport of football in industrial leagues and several U.S. professional soccer players live or were born in Kearny.

Other immigrants assimilated into the community, as well, most notably Italians. In fact, one of the most iconic images of the hit HBO show The Sopranos, is Satriale's Pork Shop, located in Kearny. One of the last remaining Carnegie libraries is Kearny’s public library.

It's no wonder why Kearny is such a desirable place to live—just across the river from New York City, filled with great restaurants, recreation, culture and history, it is a tight-knit community that welcomes all and offers a unique diversity not found elsewhere.