Do not show again [X]
By Liam Cusack   2014 April Neighborhoods 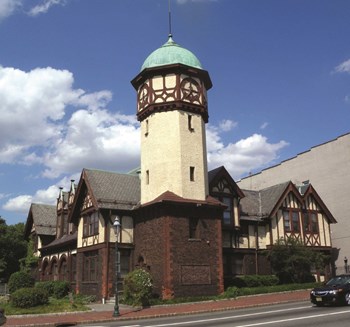 It's the hometown of celebrated actors Kevin Spacey, Zach Braff and Andrew Shue. Singer and rapper Lauryn Hill and cartoonist Chris Brown were also born there and South Orange provided the formative years for sex researcher Alfred Kinsey, who while born in Hoboken, grew up in this municipality officially known as South Orange Village Township. The village township is also home to Seton Hall University, which has its main campus there.

What is now South Orange was part of a territory purchased from the Lenape tribe in 1666 by Robert Treat, who founded Newark that year on the banks of the Passaic River. The unsettled areas north and west of Newark were at first referred to as the uplands. South Orange was called Chestnut Hills for a time.

There are two claimants to the first English settlement in present-day South Orange. In 1677, brothers Joseph and Thomas Brown began clearing land for a farm in the area northwest of the junction of two old trails that are now South Orange Avenue and Ridgewood Road. And, minutes of a Newark town meeting of September 27, 1680, record that "Nathaniel Wheeler, Edward Riggs, and Joseph Riggs, have a Grant to take up Land upon the Chesnut Hill by Raway River near the Stone House."

Wheeler's property in South Orange extended east of the Rahway River including the site of an old house now known as the "Stone House," standing on the north side of South Orange Avenue just to the west of Grove Park. By 1756 or earlier, this property was owned by Samuel Pierson. Stone House Brook runs west along the north side of the east-west road, past the Stone House and joining the Rahway River at about the location of the Brown and Riggs houses already noted. The oldest parts of the Pierson house are the oldest surviving structure in South Orange.

A country resort called the Orange Mountain House was established in 1847 just north of town. Guests could enjoy the "water cure" from natural spring water and walk on the grounds that extended up the slope of South Mountain. The main house was right on Ridgewood Road. The hotel burned down in 1890. The only remnants today are the names of Mountain Station and the Mountain House Road leading west from it to the site of the hotel. South Orange could be reached by the Morris and Essex Railroad which opened in 1837 between Newark and Morristown. As of 1869, the M&E became part of the main line of the Delaware, Lackawanna and Western Railroad which ran from Hoboken to Buffalo with through trains to Chicago.

Development and the Railroad

The Orange Lawn Tennis Club was founded in 1880 at a location in Montrose, and in 1886 it was the location of the first U.S. national tennis championships. The club moved to larger grounds on Ridgewood Road in 1916. Major tournament events were held at the club throughout the grass court era, and even into the mid-1980s professional events would occasionally be held there.

The construction of Village Hall in 1894 and the "old" library building in 1896 indicate how the village was growing by that date. Horsecar service from Newark started in 1865, running via South Orange Avenue to the station. Electric trolley cars began running the line in 1893 and by about 1900, a branch of this line also ran down Valley Street into Maplewood. Another separate trolley line, eventually dubbed the "Swamp Line,” ran from the west side of the station north through what is now park land and along Meadowbrook Lane into West Orange where it ended at Main Street.

An old postcard photo shows a station shelter at Montrose Avenue. The DL&W rebuilt the railroad through town in 1914-1916, raising the tracks above street level and opening new station buildings at South Orange and Mountain Station. In September 1930, a frail Thomas Edison (he would die about a year later) inaugurated electric train service on the M&E between Hoboken and South Orange, with further extensions of service to Morristown and Dover being initiated over the coming months.

Good transportation and a booming economy caused South Orange and neighboring towns to begin a major transformation in the 1920s into bedroom communities for Newark and New York City. Large houses were built in the blocks around the Orange Lawn Tennis club, while in other areas, especially south of South Orange Avenue, more modest our square houses were put up for the growing American middle class. The only large area not developed by 1930 was the high ground west of Wyoming Avenue.

There were at one time two rock quarries within the village supplying trap rock for construction. Kernan's operated as late as the 1980s at the top of Tillou Road. The town's other larger businesses were lumber and coal yards clustered around the railroad station that supplied them. The town's business district is still located in the blocks just east of the station.

The old Morris and Essex Railroad is operated today by New Jersey Transit. Midtown Direct, initiated in 1996, offers service directly into Penn Station in Midtown Manhattan, and has since caused a surge in real estate prices as the commute time to Midtown dropped from about 50 minutes to 30, as the service eliminated the need for passengers to transfer to PATH trains at Hoboken. As a result, demand for commuter parking permits in lots adjoining the train and bus stations is extremely high.

Many recreation activities can be found in the Village from baseball and softball, soccer and tennis to ice skating, and the township also has its own community garden that provides food to some of the local villagers. The village is also known for its historic gaslights. South Orange is one of only a few places in New Jersey to retain gas light street illumination (others include Riverton, Palmyra, Glen Ridge and some parts of Orange). The gaslight—together with the distinctive Village Hall—has long been the symbol of South Orange.

Many of the major roads in town do have modern mercury vapor streetlights (built into gaslight frames), but most of the residential sections of the town are still gaslit. A proposal to replace all the gaslights in town with electric streetlights was explored as both a cost-saving and security measure during the 1970s. And although the changeover to electric was rejected at the time, the light output of the lamps was increased to provide more adequate lighting. Be that as it may, there have been claims that South Orange has more operating gaslights than any other community in the United States.

With a little bit of a dip in prices during the recession, real estate prices in South Orange still remain pretty strong. According to Trulia, there are currently 64 resale and new homes in South Orange on Trulia, including 2 open houses, as well as 89 homes in the pre-foreclosure, auction, or bank-owned stages of the foreclosure process. The average listing price for homes for sale in South Orange, New Jersey was $648,849 for the week ending March 19th, which represents a decrease of 2.9%, or $19,392, compared to the prior week.

So if you’re thinking of a quaint place to settle within commuting distance of the Big Apple, you can’t go wrong in choosing South Orange.