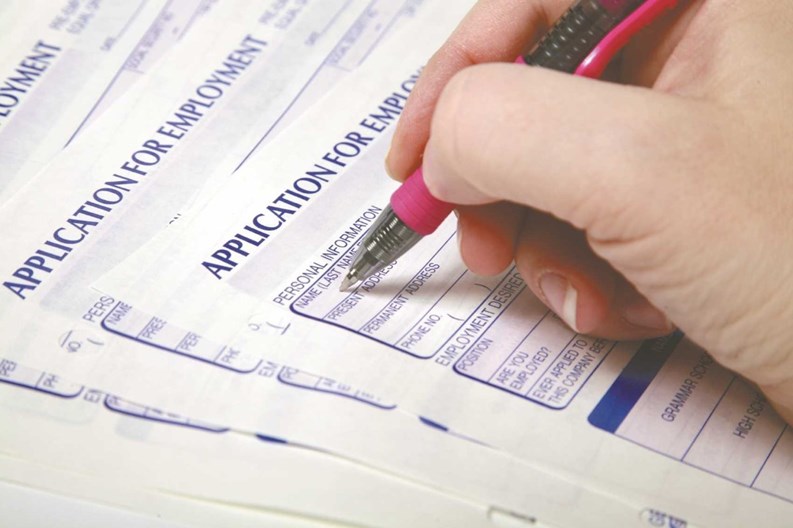 When you think about the most important person to a building or association, the superintendent should rank pretty high up on the list, if not right at the top. Let’s face it, an association or building’s super has a tremendous amount of responsibility, including safeguarding the health and security of residents, maintaining the community’s physical plant, and managing its other staff members.

“The board is made up of volunteers and often have their own interests in mind. The managing agent has a portfolio of buildings that he takes care of,” says Joe Scholes, vice president of Cooper Square Management & Realty Services in Rockville Center. “In a typical co-op or condo, there’s only one person there every day, and that’s the super. The super or resident manager is the only one doing this as a full-time occupation. He is the key guy, and boards need to recognize the value of these employees.”

Generally, the super is hired by, and reports to, the property manager. Hiring the right person for the job—and treating them as a valued member of the community’s administration—is crucial for an HOA’s smooth operation.

According to Edwin Feliciano, a field representative for Service Employees International Union (SEIU) Local 32BJ, in New Jersey, which represents building employees in the tri-state area, hiring supers in New Jersey differs somewhat from the process in New York, where building reputations precede interviews and personal references count for everything.

“Once you tell a board that you’ve been a resident manager at Trump Plaza or the River View apartments, they know that’s a luxury building, and that you have all the credentials,” says Feliciano, who points out that unlike New York, the majority of residential building staffers in New Jersey are not unionized.

“Here in New Jersey I’ve noticed that it’s different,” he continues. “We actually have resident managers who are hired by cleaning contractors. In other words, the board doesn’t really hire them directly, they basically hire the contracting company that has the superintendent on their staff. I’m not staying that that happens throughout [New Jersey], but in some cases it does.”

Working with a Full Toolbox

Merely going with a random person out of convenience or reluctance about the interview/hiring process is clearly not the best way to fill such a pivotal position in your association. Better to assess your HOA’s needs and hire accordingly.

Because no two associations are alike, there is no one perfect model of what a super should be or what characteristics he or she should have. There are a few universals, however—and changing times have necessitated that supers acquire some new skills to keep up with technology and communications.

“There’s a fairly wide variation of buildings therefore the same applies in qualifications you look for in supers,” Scholes says. “Generally, there are two categories. There’s the working super, usually a hands-on guy in a building with 100 units or less and a small staff where the super does a lot of what a handymen might do. He’ll do maintenance on the boiler, and minor repairs.

“On the other hand,” Scholes continues, “in a larger association with a larger staff, you could have a ‘resident manager’ with more of an emphasis on the managerial aspect of the job. That kind of superintendent can also be called on to do some repair work, but generally speaking they’re more managerial in nature.”

Regardless of the type of building they work in, “Good superintendents need two primary skills,” says Michael Pratico, Jr., of Richardson Management in Mercerville. “They need to be a decent mechanic, meaning they can fix a doorknob and do minor repairs on the boiler. They also have to be a good people person, because they’re often the face of the association.”

That second skill, while not what might come to mind when one thinks about a super’s job description, is perhaps the more important of the two.

“Superintendents have to have a good temperament,” agrees Elaine Warga-Murray, CEO and managing partner of Regency Management Group in Howell. “They’re in constant contact with owners and contractors.”

“There are certain skills that every super should possess,” says Peter Grech, director of education for the New York City Superintendents Technical Association (NYSTA). “They should have skills in plumbing, electrical and heating, of course—but patience is a very good trait as well. Compassion is important. Communication is also key, because you need to know how to talk to people at their level. I would also throw in a course in psychology, because they need to know how to defuse situations with residents.”

As technology has advanced and more and more everyday business is carried out via email, “communication skills” have come to include written skills as well. Responding to emails and texts is now an important component of a super’s job description as they deal with residents, managing agents and board members.

Grech advises boards and managing agents to know which they are looking for before starting an interview process for a new super.

“In my opinion, I don’t think most boards know what they are looking for,” he says. “I think they need to sit down before the interview process and think about their needs. If you get a super who knows his stuff and then start to micromanage him because there was no discussion about what was expected, there’s going to be a divorce down the line. He could be a great super, but might just be the wrong guy for that particular association.”

The education of a prospective superintendent is also a subject of debate and differing opinion. A well-qualified, experienced super isn’t born that way. Each position requires a different level of expertise depending on the size and scope of the job. That doesn’t mean that people won’t look at your experience and education though. Some associations want a super who has been formally trained in the skills they’re looking for, while others are fine with hiring a super who has accumulated more on-the-job training.

“I try to look for supers who have a joint skill set that will supplement the biggest inherent issues of the association,” says one managing agent. “The best experiences I have had are handymen who were promoted and became supers. Or supers who I know in buildings who have grown on the job and have maybe become overqualified for their current position and want to be in charge of a larger building.”

For his part, Grech believes that the best type of education is from learning on the job. “You can learn out of a book, but when you get to the real thing, the book can only teach so much,” he says. “As time goes on, the super becomes better at being a super because he develops better skills. We do go to school to keep up with technology, but that’s secondary to what we learn in actual situations.”

Local 3-BJ offers its union members opportunities to enhance their skill set as well. “Here at the union we have the Thomas Shortman training fund,” says Feliciano. “We have a series of classes that [union members] can take which will eventually lead to a superintendent position. We have Superintendent Resident Manager I, which involves payroll and labor relations. We also have the Superintendent Resident Manager II course which is a little more advanced and teaches plumbing, carpentry, electrical, and so forth. We have more specialized programs on air conditioning and refrigeration, to name two examples. We have the training fund in New Jersey, so members have access to the school. They can absolutely take advantage of that, absolutely.”

According to one manager, racking up certifications and higher education credits can be a double-edged sword for supers. On the one hand, those supers’ associations benefit from their more refined skills and technical knowledge, but on the other hand, some feel that the more credentials and certifications a super has, the higher the pay for that super—and in difficult economic times, that can be a challenge for both associations and for supers trying to find stable employment.

Since most supers usually live where they work, and the best develop relationships with building residents that can last for decades, they become neighbors and friends to many of the residents.

“The reality is, supers are go-to people for things that come up that no one knows who else to go to with,” says Practico. “They end up being a catch-all. Consequently, they are pulled in many different directions. This is exacerbated by the fact that they often live on-site.”

Dealing with this pull is a key element of the job.

“They have to be able to be interrupted without being distracted,” adds Warga-Murray. “Some supers just go all over the place. They don’t finish what they were doing or what they are supposed to do.”

Living in the buildings and complexes they manage makes it difficult for some superintendents to separate their work environment from their home environment—a situation not made any easier by the demands of residents who sometimes have trouble respecting a super’s personal boundaries.

“These people forge relationships with the residents,” says Pratico. “They become friends. How do you say no to a 78-year-old woman who wants you to change her light bulbs? There’s lots of pressure, lots of stress, and not much gratitude. I wouldn’t want the job.”

Warga-Murray says, “Supers are hard to find, and hard to keep.”

There is no set pay scale for supers, even if they are in a union, as historically, supers have always negotiated their own deals.

Economics aside, the pros agree that no matter what, communication is key for supers—especially in dealing with the board and the property managers.

“Some supers retain information because they think it helps them retain their job,” says Warga-Murray. “But I find that supers were are more open and more communicative stay in their jobs longer. Supers who don’t share information scare boards.”

Grech also thinks it’s important that a super attend all board meetings for at least some portion of the meeting. “He needs to be there and report on the building and answer questions,” Grech says. “A lot of HOAs don’t do this, but I think it’s important.”

When a super is hired for a building, they will need the full support and backing from the board and manager and are also going to need to understand what is expected from them.

“Should the super make mistakes, it should be brought to him in private,” Grech says. “It’s a learning curve, and there are going to be mistakes as he settles in. But once he does, it will be very rewarding.”

Keith Loria is a freelance writer and a frequent contributor to The New Jersey Cooperator. Additional reporting for this article by Hannah Fons and Melissa Swinea. 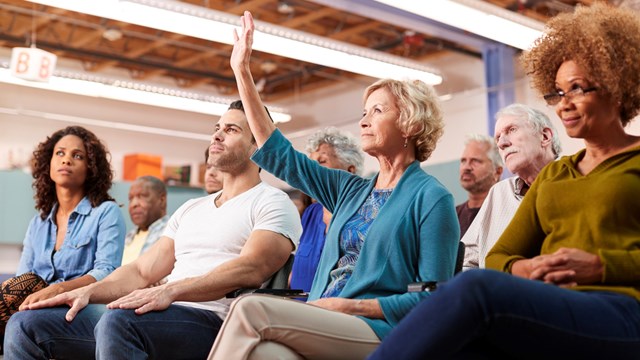 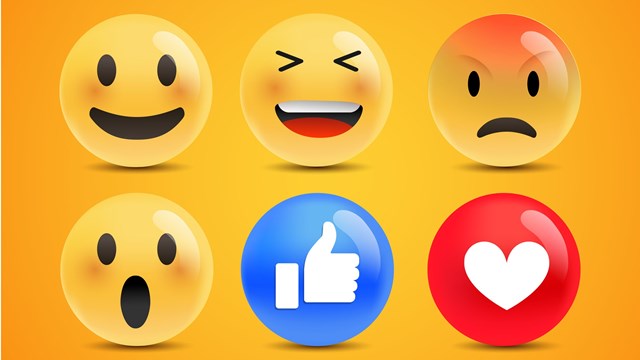 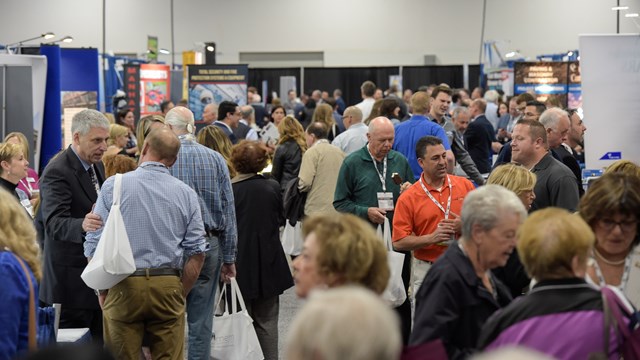 Lilly on Managing Alterations and Renovations:
Certain modifications require municipalities approval of building and fire safety permits. This applies to an adjoining unit going under the…
Marilyn on Management Through COVID:
I live in an HOA in Mahwah NJ. Other than mowing grass and trimming bushes, they will not improve landscaping at my building but other build…
Pat Marano on Fractional Ownership is on the Rise:
I’d like to join another family and purchase a condo in Florida. Thanks
Cheryl on Keys, Key Fobs, and Door Codes:
Is it legal for a condo board to deny a backup key in the event of the fob system being down? If we have sub-zero temperatures and someone…
Bruce Austin on Q&A: Delinquent Dues Member:
Can the Condominium Association refuse a paper check for payment? Can it force the Condominium Member pay through Zelle, which is peer-to-pe…