Do not show again [X]
By Anthony Stoeckert   2005 Jan Neighborhoods 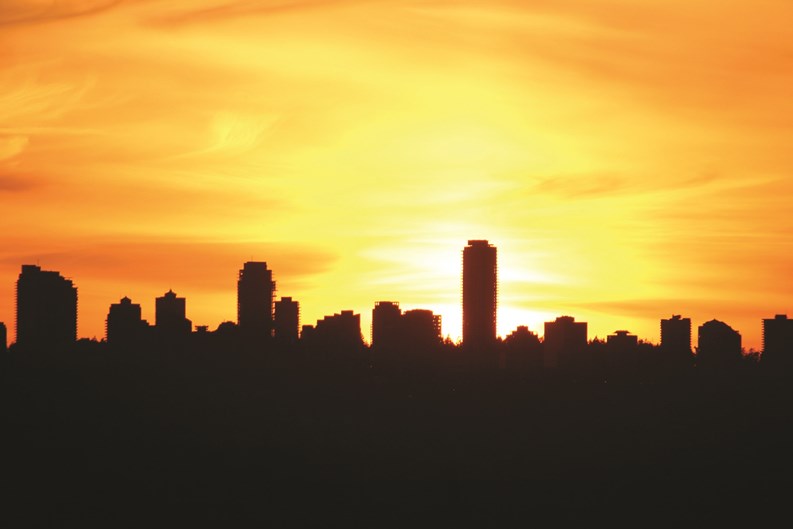 Condominiums in cities often find a challenge in forging their own identity while also being part of the city. Homeowners living in Society Hill at University Heights in Newark seem to have found a balance in their community, a development that offers proximity to Manhattan at prices significantly more affordable than comparable homes in New York City.

But it also is a community with shared interests and concerns. Society Hill is a major part of the municipality's effort to revitalize the city of Newark and the condominium community is proud to help advance the city's urban redevelopment plans.

"Since we've been here, they built the New Jersey Performing Arts Center which is right downtown," says Vicente Brown, a board member with Society Hill. "You're also hearing about the FBI building in Newark. So there are a lot of things going on in Newark and Society Hill was planned as a way of showing the whole Renaissance of the city."

In fact, Brown says that Sharpe James, Newark's mayor, has visited Society Hill on several occasions to illustrate the potential that exists in Society Hill and in cities like Newark.

"He was taking representatives from other cities around Society Hill so they could see the type of development that can done in those cities," Brown says.

Society Hill is in Essex County on the Hudson River with a view of the Statue of Liberty. Before it was built, the area was mainly tenements and bars. "I wouldn't say it was prime real estate," Brown says. Surely, the residents feel that has changed over the years.

A Variety of Building Styles

Society Hill at University Heights consists of four different developments with their own boards, though they share a management company and some amenities like tennis courts and swimming pools. All four "phases" of Society Hill total 864 units. The first phase was built in 1989 and the last phase was finished in the early '90s.

"We really are a community," says Brown, a board trustee and a former treasurer for Society Hill at University Heights II. "Even though we're four separate legal entities, we really do act as a community in a lot of areas."

According to Brown, architecturally, the development consists of several different types of buildings. "You have some buildings with the same style but not everything is exactly the same because the buildings were built at different stages," Brown says. "Phase I is approximately 168 units and [just about] everybody has one side of the building, so you have a neighbor in back of you and on either side of you but there's nobody over you or underneath you.

Society Hill at University Heights II is comprised of one, two and three-bedroom units in a garden or townhouse style layout. Amenities include a pair of tennis courts, a swimming pool, 24-hour security, clubhouse and play area. The grounds are maintained by a full-time staff.

Inside, the buildings are closer to modern in design. "Some units come with fireplaces," Brown says. "Some come with a Jacuzzi built in. Some units come with a double or single garage, the ones with a single garage have a family room. Some are almost like a split-level house, you walk in and everything is on one level, the living room and bedrooms, and downstairs is a family room and garage."

With so many options in regards to price and size, Society Hill features a diverse group of people. New Jersey's Mount Laurel ruling, which requires communities to have a number of affordable homes, also adds to the diversity.

"I moved here from Washington Heights," Brown says, "so I was about 30 blocks north of the George Washington Bridge. I moved here because I was working in Wall Street and my commute became significantly quicker."

First-time buyers often mean newlyweds, which usually means some children, whether or not Society Hill has "a lot" of children is a matter of perspective.

City, With a Touch of Suburbia

One aspect of Society Hill that Brown is particularly proud of is the fact that the development features some luxuries that aren't often found in city communities, except for in the more expensive ones.

"When you look at any city, there's a lot of concrete because that's what a city is," Brown says. "One of the things they did with Society Hill is they gave us some nice green areas. We have two tennis courts and a clubhouse with a pool. We've brought some of the amenities of suburban living here. Also, you're not dealing so much with high-rise condos here, everybody has their own entrance."

The pool is a particular source of pride for the community. It wasn't part of Society Hill when it was built. After some time, residents started expressing a desire to have one. Having the pool means additional costs in the form of lifeguard salaries, increased maintenance fees and repair costs, but that didn't prevent people from wanting it. For Brown, that shows a commitment to Society Hill and to the city of Newark.

"In 1993, they started polling the people who bought here and said, 'We've had concerns about people wanting a pool, but if we have one, it will become more expensive,'" Brown says. "But the residents voted 'yes' and I think that was a testament to the fact that we are making an investment here and want some of the amenities of suburban living."

According to Georgetta Robinson, a board trustee and former association president at Phase II, the convenience of Newark is another attraction of the community.

"They are still building in this area," Robinson says. "Another set of condominiums has been built, there are a lot of new churches, it's bringing people back to Newark. A new high school [Science High] and new condos right across the street from us has raised our property values."

Not surprisingly, Brown describes the relationship between the board and its residents as "very good." Among the challenges the community faced and worked together on was expressing concerns over the proposed building of a K-Mart shopping center that ultimately wasn't built after the company declared bankruptcy.

"I wouldn't say the quote-unquote 'board' handled it, I'd say it was more along the lines that the residents of Society Hill—the people who invested their hard-earned money to make this their home—worked together," Brown says. "We were very vocal as a community and we voiced our concerns, both pro and con about the development."

Instead of a huge store being there the area is now being planned as another home for condos. "That helps form a better sense of community," Brown says.

Development in the Newark area close to Society Hill includes a movie theatre, a new post office, a new social security office, a Baskin Robbins ice cream parlor and a Duane Reade. A Home Depot is also on the way, according to Brown.

"We're trying to get some family-style restaurants to come into the area," Brown says. "As a city that's one of the things Newark is facing as a particular challenge, to develop more of a night life. The residents here would like to be able to go out to a restaurant other than [in the] Down Neck [area] where there are fabulous Portuguese restaurants that everybody knows about."

Robinson says the challenges of the board, and all residents of Society Hill, include following development in the area as well as maintaining the condition of Society Hill. "We're watching what development that is coming up and right now we're pretty satisfied," she says. "We're concerned with keeping our community safe, well-groomed and to work with good contractors to keep our values up."

Anthony Stoeckert is a freelance writer living in New Jersey and a frequent contributor to The New Jersey Cooperator.