Every co-op and condo association has its own house rules—rules and regulations (hopefully) based on common sense and aimed at protecting residents' safety and quality of life without undue disruption or inconvenience.

Most unit owners would not argue with rules prohibiting “floor hockey” matches in the building’s hallways, nor would most boards try to enforce archaic rules such as “Milk bottles may not be placed in the lobby or front steps.” However, there are times when rules and regulations that once made sense have become antiquated, irrelevant, and in need of change. There are other times when an overzealous board will attempt to institute a new rule of questionable need or legal means of enforcement. And implementing and enforcing such rules may invite unwanted litigation as well. Our experts have laid out a few ‘rules and regulations’ of their own about the key to writing and enforcing good house rules for your co-op or condo building.

Stacey R. Patterson, an attorney in the Manhattan office of Stark & Stark, a Lawrenceville-based firm which represents co-ops, condos and HOAs says, “The first thing that people have to understand is that when you are buying in to a condo or a co-op you’re not 'the master’ of your domain.” Even in the case of new construction most of the rules are already in place. A basic set of bylaws and rules which can later be amended if necessary are included in the initial offering plan before the units are filled or a board is elected. According to Patterson, in the case of a condo, the tenant “technically only owns the inside four walls of their unit and has a proportionate interest in everything that is common. In order to live harmoniously there has to be rules. That's why they have boards. One of their main goals is to maintain that harmony.”

Patterson also advises board members to remember that for better or for worse associations are “to be run as a democracy. Board members are elected to represent the association as a whole. They are in fact ‘the voice of the people.’ Any actions they take need to be in the best interests of the association.”

Most governing documents (the proprietary lease and bylaws for co-ops and the declaration of covenants, conditions and restrictions (CC&R) and bylaws for condo associations) will contain a statement that the board has the power to implement or change the house rules in any way it sees fit without the consent of the owners. But, reminds Patterson, “You cannot make up an arbitrary rule and expect to enforce it.”

Leonard Ritz, an attorney with the law firm of Adam Leitman Bailey, P.C. in New York City, agrees, “Fairness is the key. Rules need to make sense for the building. And they need to be uniformly applied. If a board finds that it continually needs to make exceptions to a rule, then it is likely a bad rule.”

His colleague, Leni Morrison Cummins, who focuses her practice on condominium and co-op litigation, emphasizes that a good rule must be “within the scope of the board’s powers. The most important question a board should answer before it institutes a new house rule is: Do we (the board) have the power to enact such a rule? A board will not gain the protection of the business judgment rule if it enacts a rule that goes beyond the powers granted to it by the bylaws.”

Additionally house rules are only valid and enforceable if they do not violate any part the bylaws or (in some cases) a proprietary lease. Cummins says, “A recent case held that a house rule prohibiting pets was unenforceable because the bylaws incidentally referenced pets in the bylaws section pertaining to nuisance.”

If life in a co-op or condo is a democracy then the board’s governing documents (a proprietary lease or declaration) is their so-called Constitution. Most boards cannot make or enforce rules that contradict (are protected by) these documents but a new rule may still be needed. They also cannot enforce any rules that are deemed illegal. Some bylaws may still contain archaic yet currently illegal language referring to age, class or race that require removal to avoid confusion and claims of discrimination.

Most governing documents have detailed information as to what steps are needed to amend any of its laws. This often requires the participation of shareholders or owners. According to Bruce Cholst, a partner at Rosen Livingston & Cholst, a Manhattan-based law firm specializing in co-ops and condos, “co-ops almost always require a super majority of two-thirds to three-fourths of all outstanding shares in order to pass an amendment to the bylaws.”

Cholst, who frequently presents lectures to industry professionals and board members on rule-making, has a few of his own suggestions on making effective changes to both governing documents and house rules.

“Don’t fix something that’s not broken.” Boards often try to create new rules to address non- existent or “possible” problems. Cholst advises that no matter how well intentioned a board might be it should always bear this in mind since introducing additional restrictions, to these types of issues, will only “rile up shareholders,” and that seldom ends well.

“Fix only what’s broken,” Cholst adds, “One of the errors that I often see in house rules is that they have a dragnet effect. They go much further than what is necessary to address a real problem. If the problem is noise generated by a chronic opera singer who practices eight hours a day and there are no other problems with stereos then there is no need to impose any regulations about how stereos have to be six inches off the ground and you can’t use bass, etc. Draft your rules as narrowly as possible to address the problem and nothing else.”

Cholst likes to remind boards that effective communication with those who will be most affected by the new rule or rules is necessary. In some cases an inadequate amount of notice or information is given about the details of the meeting in which a vote will be held, or even the rule that is being changed. This can lead to a needed rule not being passed. “In my experience, typical turnout at shareholder meetings is 60 percent—and some people say it’s less,” he explained. “So even if an amendment requires two-thirds majority, it still loses.”

Improper communication also leads to some owners feeling ignored or deceived. According to Cholst, many boards simply fail to communicate clearly the intended goal or the rationale behind a new regulation. “Very often the owners are angered because they are left with the perception that they, the board, is merely regulating to flex its muscle or for the sake of throwing its weight around. I have found that when you accompany a controversial set of regulations with a newsletter or possibly a special shareholder’s (or unit owner’s meeting) in which you explain what the perceived need is and how this new regulation is going to address that need within the community; whether or not people agree with your logic, when they get some sense that there is some rationale behind what the board is trying to do it diffuses a lot of anger. You may not get a set of wholehearted enthusiastic support, but you’ll at least get grudging compliance. Sometimes that’s all you need to effectively enforce your rules.”

Finally, when it comes to enforcement, Cholst advises, “Don’t be too polite.” Make your rules as demonstrative, direct and succinct as possible.” When boards are afraid to use clear mandatory language they undermine their own authority and the new rule can be easily ignored or misinterpreted. Don’t simply suggest, “Tenants should leash their dogs at all times.” Clearly state “Tenants must leash their dogs at all times.”

Cummins agrees, saying, “Choose wording very carefully,” when it comes to bylaws. Case in point: “In more than one instance, I have seen condo bylaws that seemingly attempt to prevent transient occupancy (hotel type usage), but do so by prohibiting tenancies of less than one year. Courts have held that transient hotel occupancy does not qualify as a “tenancy” within the landlord-tenant definition. Therefore, if the boards used a term other than “tenancy” when drafting these prohibitions, the boards’ decisions to prohibit transient occupancy would have likely been upheld.”

See You in Court!

When it comes to maintaining and enforcing the rules it is imperative to do everything you can to avoid being subject to legal challenge. There are condo “tenant vs. board” related cases that remained in the courts for more than six years. Very seldom is it beneficial for a board to be embroiled in costly time-consuming litigation. Cases such as these have the potential to become divisive within the community as a whole, clearly disrupting the “harmony” its board was elected to maintain.

“A board is not a particularly sympathetic plaintiff either,” informs Cholst. When it comes to enforcement, most condo boards simply levy fines but when that fails, some boards choose to seek an injunction against the problem owner in court but, “Judges hate those kinds of cases,” says Cholst. More often than not all efforts prove to be extremely expensive and pointless.

Cholst concludes that the easier form of conflict resolution that tends to yield better results is also the most underutilized: professional mediation. He estimates that 85 percent to 90 percent of mediated cases usually result in amicable resolutions. “It’s a remedy that for some reason has never gotten, in my opinion, enough support from the condo and co-op community.”

The experts agree that the key to writing and enforcing good house rules is for the board to consult their attorneys and make sure that: (1) They are in fact allowed to adopt new rules without owner approval; (2) That the rule is permissible according to the laws of the governing documents; and (3) That they understand what they may or may not do to enforce the rule.

In most cases all an association board needs to do is utilize caution, practice sound judgment and a little restraint to keep their building community happy and violation-free. These common-sense words of advice will help the board do what they have been elected to do, and as a result keep harmony in the community too.

J.M. Wilson is a freelance writer and a frequent contributor to The New Jersey Cooperator. 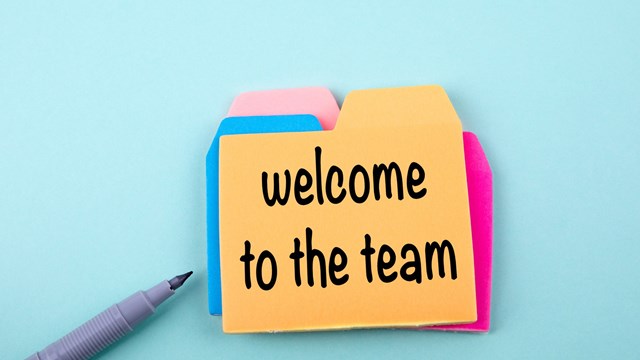