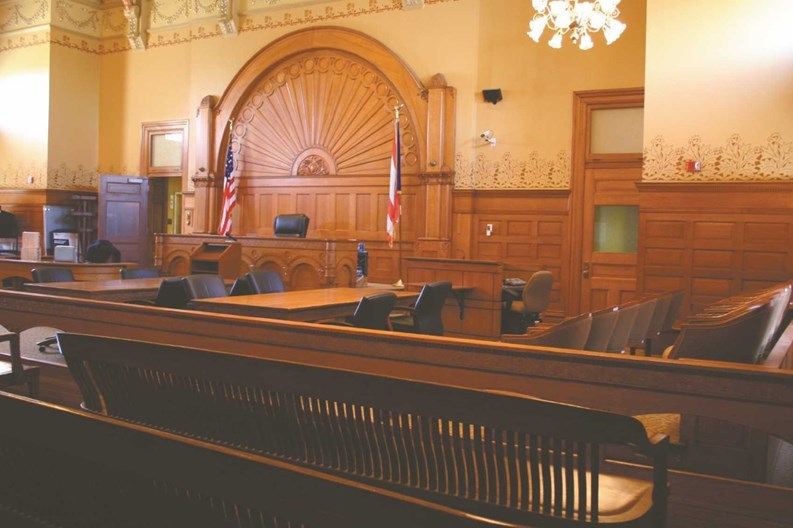 In today's litigious society, it seems like almost anybody can be sued for almost anything. Co-ops and condos are no different. And no matter what side of the legal battle you're on, knowing the role of your community's manager is vital to ensuring that things run smoothly before, during and after a lawsuit.

In it from Day One

On-site managing agents are often the first ones to be aware that a lawsuit has been filed, or that might be filed. Because they are usually involved in the day-to-day operations of the community, managers are often directly involved in legal matters from day one.

"Depending upon the issues, the managing agent is often the first one to know about it. For instance, if there are delinquent assessments, we're aware of the nonpayment," says Michael Pesce, president of Community Management Corp. in Clifton.

"We're in on it from day one, or prior to day one. You can get an occasional lawsuit served on the property, but most managing agents serve as registered agents for those communities. There are all kinds of litigation. The association can be the plaintiff or the defendant. If the association is initiating the lawsuit, if we're doing our job right, we're part of the process that leads up to that decision. If we're the defendant, we're probably the ones served with the complaint," says Pesce.

"Unless the manager was somehow adversarial to the association in the proceedings, I think they're part of the team that's putting their heads together to prosecute or defend a claim," says Pesce.

"Most managers should be aware of a potential suit long before an actual lawsuit is filed. So say someone comes to an open meeting and threatens to sue, the manager should be aware that that's a potential claim. They should be aware of potential claims because they have to put insurance carriers on notice. The reason that's important is because most insurance policies say that if you fail to provide timely notice of a claim, they can deny coverage. So if someone falls on a sidewalk and the manager never tells anyone, and a year later that person sues, the insurance company could say it didn't have timely notice," says Fran McGovern of McGovern Legal Services in New Brunswick.

The Managing Agent's Role in a Lawsuit

Depending on the particular situation, a managing agent's involvement through the course of the lawsuit can vary.

"We often are responsible for the discovery requests, answering interrogatories, which are a series of written questions, and giving depositions," says Pesce. "Often we're the ones providing the factual information or documents to support the association's position. So if the claim is by a contractor who says he or she didn't get paid, we're going to provide documentation, which could be either a canceled check or documentation that the person did a bad job. If it's a case of a delinquent owner, and we keep books and records, we would show up and be able to say what was billed and what that person didn't pay," says Pesce.

"The manager is one of the key players in most association litigations. They are the gatekeeper to the board in terms of information flow, so more often than not, all communications go through the manager. They should be pretty up to speed with what's happening with the lawsuit," says McGovern. "The manager's most important role is to communicate with the insurance carrier, the attorney and board members."

In addition, throughout the course of a lawsuit, the managing agent's responsibility is to tell the truth.

"The bottom line is that the manager is required to tell the truth, and if a statement hurts the board's position, so be it. The manager's first responsibility is not to perjure him or herself," says Karim Kaspar, senior counsel at Lowenstein Sandler PC in Roseland. Kaspar notes that the manager is not an employee, but rather an outside contractor—an important distinction.

"As a third-party contractor, they wouldn't be giving testimony against the employer. If they are asked to give a deposition or give interrogatories, their first duty is to tell the truth under oath. Managing agents shouldn't lie. There are penalties for false testimony," says Kaspar.

"Often times, they will sit and give deposition testimony as to whatever facts he or she knows first hand. A lot of times, managers are witnesses, and if there's a trial, they will serve as a witness," says McGovern.

Managers should be careful not to divulge sensitive information, however, if they receive a call from the other party's attorney.

D&O Insurance and Other Protection

If you've got Directors & Officers coverage, it often either automatically covers a manager or can be endorsed to cover the manager in carrying out the wishes of the board. Managers should also have their own insurance in addition to being named on the association's insurance as an additional insured.

"For example, say the board has a rule that you can't park commercial vehicles in the driveway. If someone does this, the manager would issue a violation notice to that person. If he challenges it and files a lawsuit, the manager might get named as a defendant with board. D&O coverage applies to both board and manager," says Pesce.

"Most management contracts have an indemnification provision where the association agrees to indemnify and hold harmless the manager for things they've done for the association as part of their job as manager. So often if it was in the scope of his or her employment, the association will defend that or indemnify. Regardless, the manager should put his or her own insurance carrier on notice just so if there's a problem later down the line, the management company's insurance doesn't disclaim coverage for lack of notice," says McGovern, noting that insurance companies always want to know as soon as possible about potential claims so they can investigate it.

"D&O coverage depends on whether the property manager is named as additional insured on the D&O policy, but that varies from association to association, and from policy to policy," says Kaspar.

What All Managers Should Know

They don't need to be well-versed in all areas of the law, but managing agents should be knowledgeable about the local and state laws that pertain to the co-ops or condos they manage. Additionally, they should have a good grasp on laws and regulations pertaining to the workings of co-op and condo communities.

"I do think that the rank-and-file manager needs to have a fundamental understanding of the types of laws that govern communities, such as the open board meetings law. A manager can't possibly do his or her job if they don't know that law," says Pesce.

"A lot of what we do has legal ramifications. Some municipalities have certain responsibilities, and you need to know that. We should be able to advise associations as to what their rights are. A manager must at least know enough to know when there's an issue and if legal advice is needed," says Pesce.

Community Associations Institute (CAI) at www.caionline.org is one resource associations and managers can turn to anytime to bolster their knowledge.

"CAI has legal symposium on a national level and state level, and holds a series of seminars, some of which touch on legal issues," says Pesce.

"There is also a publication called Condominium and Community Association Law. It's a compilation of laws that apply to communities and it's indispensable for an association manager to have," says Pesce, referring to the Gann Law Books publication written by attorneys Wendell A. Smith, Dennis A. Estis and Christine F. Li.

"Managers have to know a lot of information about building codes, and all applicable municipal and state codes that impact the association. They should know building, fire and safety codes, noise ordinances and pet ordinances. The law is always changing. Managers need to continuously educate themselves in these fields to stay abreast of changes in the law," says Kaspar.

Managing agents should also keep accurate records and documents to protect themselves and the association in the event of a lawsuit.

"As long as you're diligent in documenting things, it protects you from lawsuits down the road," says Kaspar. Documentation can also help protect the association's position in the event that you're headed to court.

"Even with the best of efforts, you could wind up being sued," says Kaspar.

To minimize risk, it might be beneficial to contact your insurance company, which likely has a risk management area that can take a look at association practices and administration to minimize risk.

"Most association insurance companies have a risk management area, and they will send a representative out to talk about how you can minimize risk. They might ask about your snow clearing policy, or whether alcohol is served in the clubhouse," says McGovern.

Before, during and after a lawsuit, it's crucial to have the backing of residents. If you have their support during a lawsuit, it will be easier to return to normal afterward.

Keep the lines of communication open and let residents know what's happening with any litigation.

"A lot of boards won't disclose anything. I find that really hurts the association and it also hurts the lawsuit because you need membership backing during the course of the lawsuit. I've had cases where developers will attempt to undermine community support. Adversaries know that you need the support of the community," says McGovern.

Maintaining a sense of community can be more difficult if the lawsuit involves residents suing the board or each other.

"In a divided community where one group sues the board, obviously somebody wins and somebody loses," says Pesce. "The manager can play a role in trying to be an honest broker between two factions. They should keep everybody focused on what's good for the building, although sometimes that's easier said than done."

If you're faced with a lawsuit, or the potential for one, your managing agent will play a pivotal role throughout the events. The board should look to the managing agent for communication on key issues, as the manager will speak to and correspond with the board, the association attorney and your insurance company. And no matter the outcome, a good manager will make every effort to ensure that the community remains strong and informed of any legal proceedings that affect it. 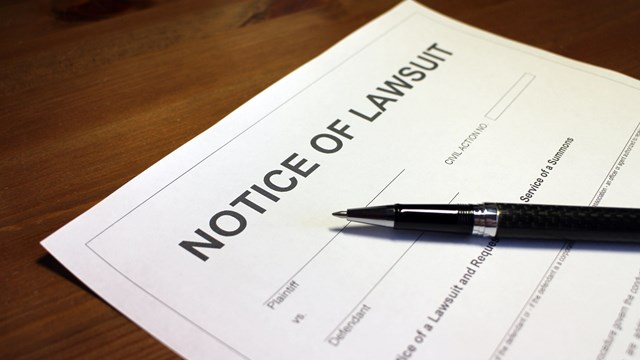 Responding to a Lawsuit

What to Do When They Sue – Part I