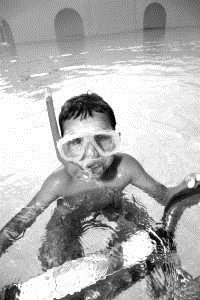 In many New Jersey homeowners associations and condos, amenities are an integral part of a community, offering improved quality of life, recreational enjoyment and convenience. Popular amenities such as clubhouses or pools can create a sense of community, bringing residents together socially. Fitness rooms and tennis courts provide on-site recreational facilities for residents who might otherwise have to travel to a gym and incur the expense of hefty membership fees. These perks, however, also carry risk of serious injury. Does your community have an accident waiting to happen?

Before you panic with thoughts of injury, liability and lawsuits, take heart: there are ways to shield your residents from harm as well as protect the community's assets.

While nearly every amenity carries some caution, the areas associated with the highest risk levels include swimming pools, playgrounds, tennis courts, gyms and clubhouses. In addition, community common areas and sidewalks can be hazardous.

"Swimming pools are a big issue both in terms of risk and the cost to operate them," says Dennis Estis, a partner in the litigation department of Greenbaum, Rowe, Smith and Davis, LLP, located in Woodbridge. "Aside from insurance costs, most associations engage independent pool contractors. There's also the issue of lifeguards. You must be very careful who you hire."

Playgrounds are also a serious concern, according to Michael McLaughlin, vice president of loss control for Community Underwriters Association (CUA), one of the largest community association insurers, located in Newtown, Pennsylvania. "Playground injuries usually involve children who suffer a trauma from a fall, entrapment or even strangulation," he says.

McLaughlin continues, naming slip-and-fall accidents as one of a communities' biggest areas of liability. "Boards should make sure potential damage is checked for in regularly scheduled walks throughout the property, done at least quarterly. Uneven surfaces are more prevalent at change of seasons, such as the end of winter," he says. "If the association is responsible for maintaining roads, it assumes more liability because the township is not responsible."

Attorney Fran McGovern of McGovern Legal Services, LLC, in New Brunswick, adds, "In many garden-style condos or communities there are trip hazards caused by sidewalks with raised slabs or failure to remove snow. These generate a lot of claims because they cause people to fall. In age-restricted communities, where residents are older, that could mean someone breaks a hip, and the liability can be huge depending on the extent of injury."

McGovern cautions that even seemingly harmless problems such as cracked sidewalks should not be overlooked. "Even small lawsuits generate a claims history," he says. "Multiple claims will increase your premium and send a message to your insurance carrier that your association does not take care of things." What's more: You could lose coverage or be denied coverage because of an extensive history of claims.

Before an Accident Happens

Richard J. Fry, principal of RCP Management Co., headquartered in Princeton, refers to the board's role in prevention. "One mistake boards make is that they don't exercise due diligence by doing an annual risk analysis or assessment to inspect all amenities and common facilities to make sure there's no danger of injury," he says.

Rules must be clear. "For any amenity that exists, there should be clear use regulations and restrictions, whether they relate to age, clothing, behavior or something else," says Fry. "The rules should be clearly outlined and posted visibly at the entrance, and also published on a regular basis to members. For instance, at the beginning of each pool season, the rules should be distributed. The board should also go through the rules annually and see if there are any updates that are needed."

"Ambiguous rules and regulations could lead to exposure to risk," Fry continues. For example, he notes that many boards prohibit alcohol in pool and clubhouse areas, but do not explicitly state that alcohol is not permitted. If the rule merely states "no glass containers," residents will use that ambiguity to their advantage and transfer their alcohol to plastic containers, he says.

In addition, a procedure must be in place and understood. "If the community has a clubhouse, boards should create procedures by which people can use the facility," says Estis. "Adopt formal rules and regulations. Creating them after the fact doesn't have the same impact."

One way to reduce the risk of injury in regards to a swimming pool, besides the necessary lifeguard, is by getting rid of the diving board, says McLaughlin. "Newer communities are going for pools that are three to six feet deep and doing without the diving board, so you don't have that diving exposure," he says.

Another critical area is the onsite playground. Because it is likely used frequently by community children, the equipment must be kept in good working order. Lack of maintenance on equipment and cushioning material exposes children to injury. Your playground must comply with the standards outlined in the Playground Safety Subcode of the New Jersey Uniform Construction Code (N.J.A.C. 5:23-11). In general, the code requires the use of resilient surfacing and replacement of old equipment. Consult a certified playground inspector to ensure that your playground meets the requirements.

Fry suggests that boards ask their insurance agent to look at current rules and regulations to point out areas that may be lax, ambiguous or not covered at all. "Contact your agent and use his or her knowledge and experience to your advantage," he says.

And it might go without saying, but make sure your association pays its premiums. This sounds like a no-brainer, but McGovern has seen a case where one community's insurance lapsed and during that time, two units burned. The unit owners sued the association, which did a lot of finger pointing over who was responsible for the lapse in coverage.

"Many associations are amending their bylaws to limit tort claims, rendering associations immune to negligence claims by homeowners," says McGovern. "Some insurance carriers are insisting that associations do this or they won't write the policy." This type of amendment, however, is limited to negligence, or failure to exercise reasonable care. It does not include cases of gross negligence, in which an association has been put on notice and did not take reasonable action.

"The association should make sure it is abiding by all local, state and federal laws pertaining to its particular amenities," says McLaughlin. "If there's a township ordinance, you need to be compliant. If not, associations are setting themselves up for a negligence lawsuit."

Keep community residents in the loop about any changes to rules or temporary closure of amenities. Posting visible signs to indicate the gym is undergoing repairs, or sending a bulletin explaining why the swimming pool is closed are two effective ways of keeping residents informed.

"The more you can communicate with the association and members of the community, the better you will be perceived," says Fry. "You can never over-communicate to residents."

No matter what method of communication you choose, remember to express the reasoning behind your decision to temporarily close an amenity. Essentially, you are trying to keep someone from being hurt.

"Use a communication vehicle—a newsletter or something like it—that reminds residents amenities are there for use and enjoyment, but there can be some risk involved," says McLaughlin. In turn, he also suggests that boards encourage residents to communicate any problems the board hasn't confronted.

When Someone is Injured

Without question it's better to head off accidents or problems before they occur. But what happens if, despite your best efforts, a resident is injured on community grounds? If there is an accident, once the manager is notified of the incident, he or she should immediately put the insurance carrier on notice. The manager should also notify the association's general counsel.

"The general counsel usually doesn't get heavily involved because the insurance company will appoint counsel to defend against any lawsuit that is filed. But the association's general counsel should be available to assist the insurance adjuster in investigating any claims and might want to meet with people involved in the incident," says McGovern.

"If you receive a denial of coverage or reservation of rights letter, the association should immediately send a letter to the general counsel," McGovern continues. "There are times when insurance companies improperly deny coverage and your general counsel can help argue in favor of getting coverage."

"Participate as required in the claims process and cooperate fully with the carrier and people who are involved with the investigation," says McLaughlin. "Don't let your personal views of residents or current or past board members get in the way. If you do that, you're setting yourself and the community up to be affected."

In the meantime, after you are aware of an injury or incident, don't hesitate to correct the problem. Fixing a crack is not an admission of guilt, as many might want to believe. "If there is a cracked curb and someone wants to sue the association, sometimes managers won't want to fix it because they don't want to admit guilt," says McGovern. "But the fact that the hole or defect was fixed will not be admissible in court. Public policy encourages removal of hazardous conditions and encourages repairs, and evidence of repairs is barred from admission into court cases."

For the most part, amenities are an appreciated bonus in many communities. And with any luck, you may never have to deal with an injury or problem related to your community offerings. The only way to truly ensure that your amenities are safe is with due diligence on the part of the board. Being active in all aspects of amenity management—from maintenance to potential claims—is critical to protecting your association, its residents and the community's overall value.