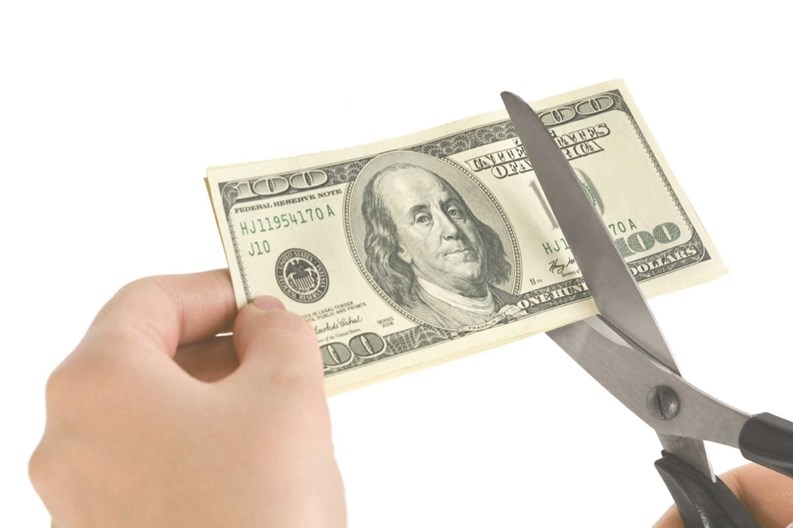 Budgeting is never easy, not for a family of four and certainly not for a co-op  or condo community of hundreds. That fact is made all the more difficult by the  lingering effects of the recession, which continues to wreak havoc with our  confidence as well as the bottom line. For many boards, trying to balance a  budget these days requires making difficult choices. If the budget is falling  short, what is the solution? Raise more revenue by raising fees? Or reduce  costs by cutting back on services and amenities? For residents, neither option  is likely to win a popularity contest.

So how does a board determine the best ways to keep their bottom lines in the  black? And if unpopular choices must be made, what is the best way to break the  news to residents?

For co-op and condo communities of all sizes, a budget is not necessarily a  highly flexible entity.

“Workman’s compensation, elevator contracts, government fees, inspections fees are not at  all flexible,” says Larry Silverman, president of Atlantic Management based in Union City, New  Jersey. “Or if you do a mortgage for five years, 10 years, you have no room to play with  that during that time frame.” For the most part, those prices are fixed from year to year with very little  room for maneuvering unless it’s a new contract year for staff. Otherwise, the prices that are locked in at the beginning of the year will still  be the same at the end and likely for several years after that.

Jeff Stillman, CPA and vice president of Stillman Management Inc., based in  Mamaroneck agrees, defining the major pieces of most budgets as “inflexible.”

And the pieces that are moveable usually offer very little in the area of  control either. Fuel costs are a prime example, says Floyd Brigman, an account  executive at Stillman Management. He recalled that the year before they were  working on a fuel budget of a little over a dollar a gallon and this year, it’s more than three dollars. “That’s a $250,000 shortfall,” he says. “You can’t make that up in the blink of an eye.”

The list of items that a board and management can cut may be relatively small  but it still exists. Utilities, for example. Perhaps it is possible to get an  energy audit or figure out ways to cut use and cut costs. Sometimes with  careful review of the bill, errors are found as well. Perhaps even looking into  grants available from the utility companies for energy conversation and other  pilot programs might save dollars down the road.

“On insurance, you can raise the deductibles,” Stillman suggests. “Or enter into a master umbrella program,” which is something to which Stillman clients have access. He also suggests  doing a risk review of the building and seeing if there are any areas that  could be repaired or improved to help lower rates and reduce claims.

With supplies, it is possible to cut costs by doing bulk purchases. Management  firms can order the winter’s supply of calcium chloride for all of their buildings at one time, earning a  volume discount and reducing costs for everyone.

There may be long-term solutions, too. Doing preventative maintenance on major  ticket items such as elevators and boilers will reduce repairs during the year  and improve efficiency. Training staff to do small contracting jobs could pay  off in the long run for a building, saving on outside vendor costs.

At times, the search for budgetary salvation may lead boards and management to  consider reducing certain amenities or services offered within the building.  The experts agree that not a lot can be gained from cutting amenities because  they simply do not account for that large a chunk of the budget. “If there’s a doorman that’s on duty for 16 hours a day, you can cut it back to eight hours or twelve  hours,” says Silverman, “But it won’t save you that much money. Small things like that will probably have little  impact.”

There may be legal questions involved with the removal of an amenity or  reduction of a service as well. “Before cutting back on amenities, the board needs to review its declaration,  offering plan and any amendments, bylaws and house rules to determine whether  such a resolution would be permissible,” says attorney Adam Leitman Bailey, a lawyer who practices commercial real  estate law in New York and New Jersey. “In many cases, completely closing an amenity mentioned as a common element and  offered in the offering plan would not fly. A building cannot take away land  which they purchased as part of the building without compensation, if at all.  However, reducing the hours for using the amenity would most likely be  permissible depending on the building’s corporate documents.”

So, while it may not be possible to close the pool, for example, it may be  possible to reduce the hours it is open. Given the small amount of money that  action likely would garner, though, it might not be worth it to anger unit  owners and shareholders who look forward to using that pool every weekend.

Time to Raise Those Fees

No matter how much is done to shave dollars off the debit side of the balance  sheet, there are times when the issue of raising fees is unavoidable. In these  instances, an open and honest dialogue with residents is an absolute must.

“When faced with having to raise maintenance or levy an assessment, education,  understanding and sympathy should be the modus operandi,” says Bailey. “Owners deserve to know why the increase or assessment is necessary. The  residents should receive a memo detailing what caused the increases—for example, an increase in oil costs (or) an increase in taxes and insurance.  The memo should start with a statement that the board understands that these  are tough times, and that the board has done everything it could to avoid this  situation. It should also demonstrate the board’s efforts to avoid the increase.”

The sooner these communications can begin, the better. “The best case scenario would be several updates from the board even before the  increase, showing that they are trying to avoid the problem and other ways it  has tried to garner revenue or reduce expenses,” Bailey adds.

Silverman agrees. “It’s a good idea to give them as much advance notice as possible.” It helps, too, to have accountants on hand to explain budgetary issues at annual  meetings, so residents have a solid understanding of where things stand and  where financial vulnerabilities may rest.

Fee increases or assessments should be kept as small and reasonable as possible.  In a rare case, Silverman saw a building announce a 15 percent fee increase for  their residents. “There was a case where an owner owned multiple units and they had stopped paying  so it forced the rest of the owners to make up for that. “No one likes large increases but sometimes they are unavoidable,” Silverman says. “Another example for a large increase if there was a big, unplanned for expense,  like a major problem with the elevator, it could be running fine and then all  of a sudden you had to change the controller. That would cost a lot of money.”

In some cases, small yearly increases are advisable, providing a budgetary  cushion to insulate the community from unexpected and unavoidable shortfalls. “In the long run it’s always better. If you do a small increase every year people will expect it,” says Silverman “or they can plan for it.”

Small annual fee increases can do more than simply serve as an umbrella for  rainy days. They can help build the long-term health of the co-op or condo. “I am a big believer in a strong reserve, especially in these days of natural  (hurricanes, floods) and unnatural disasters (Wall Street collapse),” says Bailey. “So small automatic increases are a good idea to build the reserve fund and to  show potential buyers that problems do not exist, these increases are automatic  and do not mean that the building is not doing well.”

Being able to count on small increases of one or two percent each year can be  especially helpful as buildings age and repairs become more of an issue. Many  of today’s co-op and condo buildings were constructed in the 1950s and ‘60s before being converted in the ‘80s and ‘90s. Now those buildings are more than half a century old “and a lot of the things that were done at the time of conversion, like windows,  are past their useful life,” says Stillman.

On the downside, Bailey says, “money is tight and if these increases are not immediately needed, you will not  only be financially harming the owners, but also potential buyers who may be  priced out of buying in the building.”

In short, there are no easy solutions when it comes to balancing a budget in an  uncertain economy and at a time when, for almost everybody, every dollar  counts. “The problem with doing budgets is you have to be a bit of a fortune teller,” says Stillman. Despite the best efforts of boards and management, sometimes the  budgetary prophecies can fall short and that red ink starts appearing. When  that happens, difficult choices must be made. By being open and honest with  residents, however, those choices can become a group effort and solutions can  become consensus.

Liz Lent is a freelance writer and a frequent contributor to The New Jersey  Cooperator. Editorial Assistant Christy Smith-Sloman contributed to this  article.