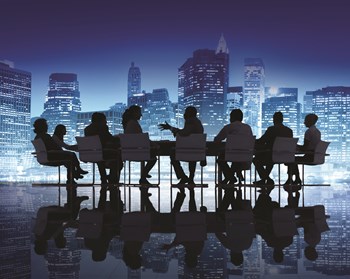 New condo owners get a lot of papers and documents during the purchasing process, and among the most important they receive are the community's Declaration of Covenants, Conditions & Restrictions (CC&R), the bylaws, administrative guidelines, and other legal documents spelling out the rules and regulations for life in their new home.

As anyone involved with one knows, a homeowners association provides a system of self-governance whereby residents elect one another to serve on the board of directors and on committees for the betterment of the community. Self-government like this appeals to those who like to have a say in how their community is managed and determines when to take certain actions, such as repairs, improvements, and additions. The system also establishes rules, however; and if not properly balanced, those rules can occasionally come into conflict with the rights of individual homeowners.

Perhaps the most important—though possibly the least-read—set of documents governing homeowners associations is the master deed. The master deed is essentially the legal lynchpin of the entire condominium association and should be made available to owners for examination.

The master deed is a direct result of the Condominium Act of New Jersey—a state law adopted in 1970 that established the format for creating a condo. E.J. Miranda, a spokesman for the Trenton-based New Jersey Department of Community Affairs (DCA) describes it as "a comprehensive statute with thirty-eight sections governing everything from creation to dissolution. It defines terms, specifies the contents of a master deed, and enumerates the powers and duties of the association."

The Condominium Act is basically a blueprint for how a condominium is established, organized and run, and the act spells out how the association is transitioned from the developer.

"It says you have to file a master deed, which must contain the name of the condo, description of the units and of the common elements, percentage of interest in the common elements, and basic requirements for establishing a condo," states Wendell Smith, a partner of Greenbaum Rowe Smith Ravin Davis & Himmel LLP, a law firm in Woodbridge. "It must be executed and recorded by the owner of the property, because that's where you're changing from a conventional form of ownership to a condo form of ownership and dividing the property into units and common elements."

Mary Ann Hallenborg, a counsel for Heine Associates P.A., a law firm based in Cherry Hill, says, "Although the association's authority and power derive from the Condominium Act and the master deed, each condo's master deed is unique. The act also limits the voting rights of the developer of the new condo and limits their control."

When the condo is formed, any major contracts entered into by the developer on behalf of the association are limited to two years. "That limitation," Hallenborg explains, "means the association itself wouldn't be burdened by a long-term sweetheart contract."

The act also governs the transition of control from the developer to the association and the new unit owners. "It's basically a progressive transition," says Smith. The act also defines what documents the association and unit owners are entitled to get when they take over control, such as bank accounts, insurance policies, copies of the original documents, and land surveys. Another function of the act is to establish rules and regulations. The act gives unit owners the right to receive notice of board meetings and an opportunity to attend.

Welcome to the Bylaws

According to Miranda, while new unit owners aren't usually given full copies of their association's financial records dating back to the creation of the community, they can and should expect more than a nice fruit basket when they move in.

"Associations don't typically distribute anything other than rules and regulations," he says. "The purchaser should have gotten a copy of the master deed and bylaws at the closing." Some associations however, he adds, do send out copies of budgets and bills, and others publish a newsletter containing financial and administrative information, and it's up to the homeowner to read and understand that information.

And that control, according to Miranda, "Can include a wide variety of property and personal conduct—including things such as pets, outdoor furniture and parking spaces."

"Every set of governing documents has covenants and restrictions in it," Smith adds. "There may be restrictions against pets or against altering your unit without getting approval from the board or the architectural committee as well." That's necessary, he says, because one homeowner's structural changes might affect others.

"An association doesn't want [members] doing anything to the exterior of their unit that's going to have a negative aesthetic or structural impact. That's one level of rights owners give up to the condo association. Owners have to comply with the restrictions and regulations."

According to Hallenborg, those restrictions can go beyond whether or not someone can put a jumbo flagpole up in their yard. Association members can vote for or against directors, but in New Jersey they generally cannot act to approve or reject their association's annual budget. That's strictly the board's job.

That doesn't mean that the board doesn't have to answer for its actions, says Smith. "They're responsible for the operation, management and administration of the association. They are subject to verification of any unique or extraordinary expenses."

"Extraordinary" expenses usually include capital improvements; rare is the board that has the right to just install a new swimming pool or a new clubhouse without a great deal of involvement and the full cooperation of the rest of the association. "They can repair the old one," Smith explains, "but if they want to put in a new indoor pool, that's a capital improvement, and they'd have to get the approval of the unit owners. It varies depending on what their governing documents say."

Smith adds that owners are liable for "basically everything within their four walls, plus anything that serves their unit exclusively—that applies to a patio or a balcony as well. They're also responsible for utilities that serve the unit."

Before Signing on the Dotted Line…

While the idea of living in a planned community appeals to many, it's important that prospective association members know what that membership entails. It means, Smith says, "That they're going to have to subordinate some of their individual rights to the common good of the community." He says the owners of a single-family home have the freedom to do whatever they want with their property whenever they want, but in a condo, "They don't have that freedom because the association is responsible for the maintenance and operation of the property—and the association is the one that makes those decisions."

For instance, Smith says, pet lovers ought to check into pet restrictions before they let themselves fall in love with a building or neighborhood. If a person wants to buy two adjacent units and merge them into one larger unit, they should know they need the association's approval. Parking regulations are yet another issue to be aware of. "There are just a variety of things in their everyday life that the association may have control over." Smith says.

People looking to buy into an association do have the right—and the responsibility—to examine the association's financial picture in order to make an informed decision about whether to make their home there.

To that end, Hallenborg recommends that prospective homeowners "Obtain as much information as possible about pending assessments, pending fee increases, identified capital improvement projects on the horizon—anything that's going to affect the financial picture or obligations in the near future."

She also says that new owners should lose the renter mentality. Paying dues late hurts the association that you are now a part of. "Everyone shares in the costs."

Miranda agrees, and adds that, "It's essential that association members have knowledge of established rules and are disciplined about paying their monthly fees to avoid a lien on their property and loss of privileges."

Along with their right to information, homeowners also have the right to settle disputes by going either to the association or—to a more limited extent—the New Jersey Department of Community Affairs (DCA). Miranda says the department can help ensure that associations comply with open meeting requirements, make certain types of financial records, such as payments and expenditures or the association's budget, available for examination and to provide adequate procedures for alternative dispute resolution.

"They have a person who will respond, and if there's a complaint that they think has any potential validity they will send a letter to the developer and ask for an explanation," Smith says. "They will come down on a developer, because he's the one they have control over."

The department has less authority over unit owners. "There's very limited jurisdiction and very limited involvement," Smith says. If a homeowner has a complaint against the board, the department will ask the association to provide alternate dispute resolution or mediation arbitration, but, Smith adds, "It's usually through the power of persuasion, because they have very little legal clout as far as what they can do to an association." Although the state attorney general has no official role, Smith says they can encourage mediation or arbitration through other organizations.

Hallenborg says the dispute would have to go through the DCA first, after which, she says, "If they did not want to handle it—or thought it was beyond their enforcement capabilities—they can transfer it to the Attorney General or request that he look into it."

Miranda says that when it comes to associations registering with the state, "if they are organized as Title 15A nonprofit corporations, they must file annual reports with Treasury. They do not register with the Department of Community Affairs."

There is legislation pending to strengthen unit owners' rights in the form of the Uniform Common Interest Ownership Act or UCIOA, but that measure and several others have not yet gained consensus or the approval of the lawmakers in Trenton.

Life in a condo differs greatly from a single-family home and there are benefits but also compromises to be made. In order to make sure a given association is a good fit—and in order to be an active, informed participant in one's community—board members, managing agents, and association members alike must be aware of each others' rights and responsibilities, and hold each other to the rules and regulations that allow for a smooth, equitable operation.

Michael McDonough is a freelance writer living on Long Island. 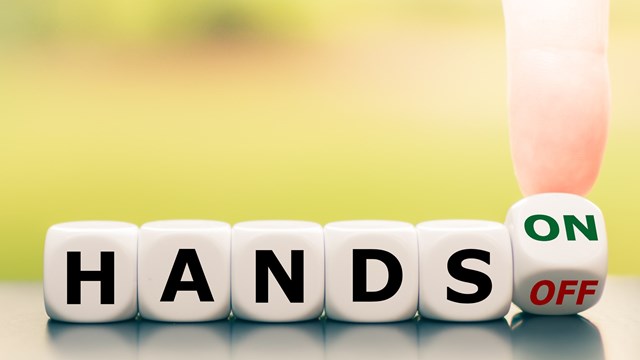 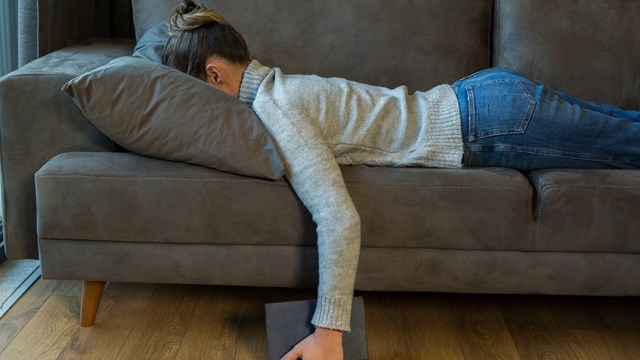