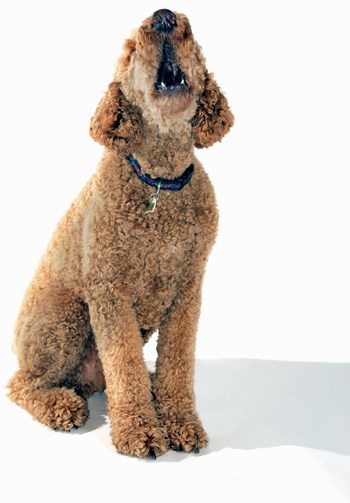 Getting elected to the board of one's co-op or condo building is usually a very  positive thing: it gives a person the chance to play a part in the preservation  of their community, and also gives them the opportunity to leave it in better  shape than when they started. But great power comes with great responsibility  that must be utilized properly. Board members can suddenly find themselves in  tough spots when figuring out how to balance their status and fiduciary duty  with relationships that may predate their position of authority.

How should one tackle their authoritative roles with existing friends and  neighbors? Whether it’s something as simple as repainting a kitchen to something as serious as falling  behind on your fees, there’s a tactful way to approach all these situations so as to maintain stature,  maintain friends, and not get in trouble along the way.

Board members, although somewhat of an authority figure in their building  community, need to find a healthy balance between being an administrator and  being a friendly neighbor.

“I think it is important that when a person is elected to the board, they advise  the other association members that they only hold one vote—they're one of either five or seven members,” says Donald Onorato, an attorney based in Hackensack. “One board member has no more authority than another. Board members should be  aware that they must act together as a board. Any deviation from their duties,  or acting outside the scope of their authority can subject them to litigation  and claims of breach of fiduciary duty.”

“As an officer, I'm kind of an acting manager, too,” says Don Williams, treasurer-secretary of Mendham Knolls Condominiums in  Mendham Township. “As such, I try to make financially-sound decisions because that affects me as a  homeowner, too. I've always been conscientious about decisions I make as an  officer and as a manager.”

According to James Cervelli of Michael Cervelli Real Estate and Cervelli  Management in North Bergen, “Board members have to understand that as members of the board, they are  essentially running a business and cannot allow personal needs to affect  decisions. They need to express their personal needs just like any other owner,  but the difference is that when tit comes down to making the decision, the  board member needs to make the decision with the entire association in mind—not their personal needs or wants.”

It’s when board members step outside of their bounds and make decisions they aren’t authorized to make that problems start to arise, agrees John Lipuma of JAL  Diversified Management in Brooklyn. That includes getting involved in  residential disputes or providing services they aren’t meant to provide. “It’s very hard for board members to get involved,” Lipuma says. “They don’t have the power many of them think they do.”

Say, for example, that the boiler goes out in the middle of the night and a  board member takes it upon themselves to reset it to keep everyone in the  building warm. If a fire starts, it’s on the board member as they aren’t licensed to carry out such duties.

When it comes to getting mixed up in community disputes, the best thing to do is  to just be fair. If exceptions are made for one person, then everybody starts  to feel entitled.

According to Onorato, “Obviously, a newly elected board member often has many friends and acquaintances in the  community—they assisted him or her in being elected to the board in the first place. However, like judges, board members must make objective decisions.” So as uncomfortable as it may be for the board member, when it comes to making  those decisions, Onorato says they must participate as a board member—not as a friend or a next-door neighbor.

“The board member should recuse themselves from a situation that involves a  friend or neighbor where a decision can be made based on that relationship,” adds Cervelli. “The manager needs to know that this relationship exists, and advise that board  member to do so. This needs to be done in a manner that does not seem  confrontational or personal, but rather for the protection of that board member and all other parties involved.”

The association's manager also bears some role in reminding board members of  their duty, versus whatever personal feelings they may have brought into the  position. “The property manager should remind the board members that they cannot become  personally involved in disputes with unit owners,” says Onorato. “Again, the board acts collectively, and one board member does not speak for the  entire board. The board has to make decisions that are in the best interest of  the association.”

Of course, it's not unheard-of for a board member to turn a blind eye or allow  for illegal subletting, pets or alterations to an apartment. But doling out  special favors, bending rules for certain residents and not others, and any  under-the-table political machinations can only cause trouble down the line,  say the professionals.

“The covenants and rules and regulations are probably the most difficult thing,” says Paul Santoriello, president of Whippany-based Taylor Management. “We find that the problem is not so much that you have a board member trying to  help out a unit owner next door to him by going easy on enforcement, but rather  the board member taking advantage of the rules and regulations for his or her  own benefit, or using their power to try to bring [the rules] down more  strictly on an owner they're having difficulty with.”

To expose and combat this type of abuse, Santoriello recommends that  associations review their rules and regulations periodically, keeping ones they  feel are important and discarding those deemed unfair or unenforceable. “That will give you a quality set of rules and regulations that are a reflection  of the desires of the community,” says Santoriello. “And the more reflective those rules are, the better—because whomever is enforcing the rules can simply say, ‘It's not a personal decision on my behalf, it's a community's decision. This is  what our community values.' You can also take [enforcement] out of the hands of  the board and put it into a covenants committee, who along with the management  will provide the notification and enforcement of the rules and regulations.  That prevents it from becoming a situation with a particular board member and  their neighboring unit owner.”

Quality of life issues, such as noise complaints, odors, and hallway clutter are  to be expected when living side-by-side, and therefore are sometimes easily  looked past. Rules for pets, or removing carpets, are really only enforced when  someone complains, says Lipuma.

For example, he says that high rises have a common problem of unequal heat  distribution and some units are colder than others. A board member could put a  heater in one of the colder units, which may be against fire code rules, but  makes up for the problem and provides warmth to an uncomfortable neighbor. It's  not okay, but things like this happen all the time, especially in a close-knit  building community.

Lipuma says there was a woman in one of his buildings who paid her fees  consistently on the first or second day of the month. When she lost her job,  she approached a neighbor on the board to pay only half her fees monthly until  she got back on her feet. The board approved the request and she eventually  caught up. “If you get too dogmatic, it’s not generally healthy for the community,” he says.

Board members who do favor specific residents and make decisions without  approval from the board can face big legal problems down the road. Fines can be  issued that can affect the whole building, and in a worst-case scenario, you  may find you have a lawsuit on your hands.

Say for example that a resident asks for an alteration such as a paint job and  a board member hires a contractor without consent from the board to speed the  process along. If that contractor was injured while on the job, the board  member could be held liable.

In addition, legal pros warn that rogue board members making decisions of their  own may affect how much insurance coverage their HOA can get and what kind of  legal assistance can be provided.

Legal pros are quick to point out that while disparate treatment is unlawful,  proving it isn’t easy and quickly becomes expensive. If proof is found, or if a board member  messes up while acting outside of their jurisdiction, they can be sued for  hundreds of thousands of dollars.

I don't feel any discomfort in interacting socially with my fellow homeowners,” says Williams. “We're very close, and I think they have great confidence in me, and respect me  as a manager. For example, we had a wonderful cookout this past summer—so many people participated that I was tickled to death about it. We had a great  party that lasted all day. We had musicians come and just had the greatest  time.”

In the end, it's all about striking that balance between social and neighborly  relationships with obligations to the community as a whole. Protocol is  important, but is having open, friendly lines of communication between  residents and board when issues do arise. Refer to your HOA's documentation for  guidance and board peers for solutions, but listen to your gut as well. That  way everybody gets equal treatment and lengthy legal disputes can be avoided.