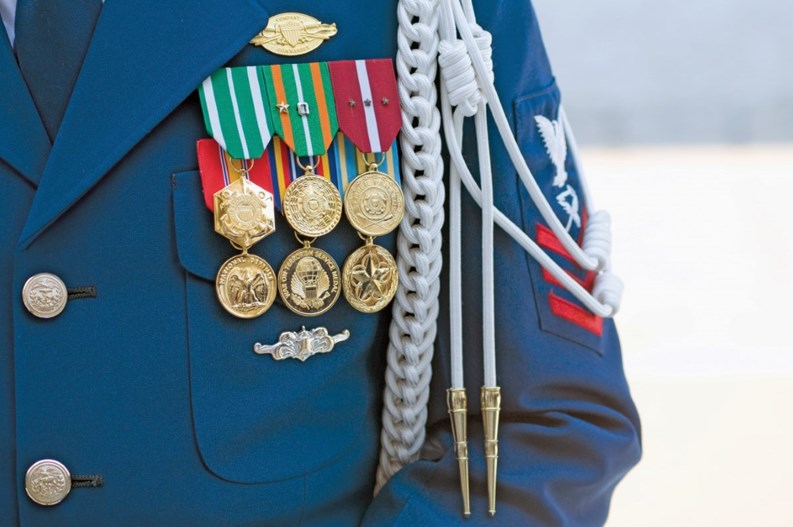 For board members, the time spent serving their association and fellow residents  can be among the most strenuous yet rewarding periods in their lives. For  years, they make decisions that affect their community in the present and may  continue to impact them years down the road. It’s a powerful position to hold, one that requires them to acquire a significant  depth of knowledge about the inner workings of their association, amassing an  institutional memory that can be difficult to replace.

That knowledge and that experience are just two of the reasons why former board  members can be so valuable to the community in which they still live, and why  it's often in the best interest of the association to try and keep those former  board members active and involved, if not necessarily on the board in the  fullest sense.

For many former board members, the matter of whether or not to stay involved in  their HOA's governance boils down to the seemingly mundane question of how they  feel. “Mostly because they get burned out,” says Denise Lindsey, vice president of Access Property Management in Edison, “especially if there is no appreciation shown for them volunteering their time.”

And if they’ve just recently left the board, they may still be dealing with the  after-effects of decisions they helped make. “There might be finger-pointing along the lines of, ‘Why are we having to borrow money to put on a roof now?’ or, ‘How come we have to pay this assessment?’” says Williamsen. Depending on the tone and tenor of things when they left, a  retired or resigned board member may be in no mood to continue working in any  capacity for the association.

Issues of exasperation and/or burnout are why, if a board member has served  well, it’s in the best interest of the association to recognize that service and help  ease that person’s transition into “civilian life.” “It’s good to keep in touch with them,” says Debra H. Lewin, an author of numerous books on community association  governance, including Volunteers: How Community Associations Thrive. “Give them some type of recognition or acknowledgment. It’s a nice gesture.” And it reminds them that the time they gave was valuable and will not be  forgotten.

Why is it so important to keep strong relationships with former board members?  It all boils down to one vital asset: institutional memory. “Previous board members can give history on projects and/or conflicts that have  taken place so research doesn’t have to be repeated and cost the association additional money,” says Lindsey.

Lewin agrees. “Whatever knowledge they gained while they were there or the training they  received, it can be important to hold on to that.”

Institutional memory can help the bottom line as well, adds Williamsen. “We do a lot of reserve analysis, and I’m finding that that kind of memory is really lacking. Associations may not have  good records of what’s been done in the past. When was the roof last replaced? It’s hard for an outsider to judge something like that. So it can save you money to  have someone who knows.”

It's also especially important to preserve some procedural history in times of  transition, such as when an HOA switches management companies, says Phil Alampi  of Glen Ridge-based Condominium Management of New Jersey. Such a move can be  difficult in the best of times, but lack of continuity and loss of  institutional memory can make a tricky process downright harrowing. "What you  sometimes find," says Alampi, "is that there's one board member who's steering  the board—and maybe doing so improperly." Having someone on hand with inside knowledge of  the situation can be extremely helpful.

According to many management and administrative pros, one of the best ways to  take advantage of that inside knowledge is to create an advisory board or  invite past board members to serve on standing or ad hoc committees.  Formalizing the contributions of retired board members can help ensure that  their value is not lost. “Sometimes, after repeated turnover of boards or staff, people might not even  realize that these valuable resources exist,” says Lewin.

That being said, it's important to be specific when asking for a former board  member’s help, says Julie Adamen, president of Adamen Inc., a consulting firm  specializing in the community management industry. “Just giving them a general role may not result in anything,” she says. “Ask them to do specific committee work. If there’s a specific problem an association may have beyond the scope of their  management company contract, this is something they may really be able to help  with. They can understand what the problem is, study it, solve it and move on.  Everybody needs a specific job description.”

It’s important to be specific when soliciting a former board member’s help. Giving them an unspecified role may result in counter-productivity as  everyone needs a job description. According to Lindsey. “Ask that they join or chair a committee, encourage them to keep active and  continue to maintain the hard work they committed to the association.”

Putting past board members in place as the heads of standing committees can be  valuable as well, “as long as it’s not stepping on other people’s toes,” says Adamen. “Energy is always welcomed. Just channel those energies where you need them  channeled.”

Adamen adds that current boards and management who wish to work with past board  members should remember to separate those volunteers from the inner workings of  the existing board to avoid breaches of confidentiality or conflicts of  interest. “There are things they should not be privy to,” she says. “It’s a liability issue.”

Even former members who have retired and live part-time in other areas can  contribute their expertise, thanks to things like e-mail and conference calls.  Lindsey suggests asking former board members with more carefree lifestyles to  contribute in areas where they are most interested and appeal to their talents,  such as the newsletter or the Architectural Control Committee, covenants or the  ADR Committee.

And again, if past board members do contribute via committees or advisory  boards, it’s important to acknowledge their contribution. “Even if they give you advice that you might not use, you still need to review  it,” says Adamen. “And then you need to thank them publicly and let them know you’ll be taking it under advisement. To stonewall and never say thank you is  untenable—it makes people not want to volunteer.”

If they’re willing and interested, retired board members can be invaluable when it comes  to supporting the decisions of the current board, letting fellow residents know  that whatever issue has arisen was studied in their time and they came to the  same conclusions. “I’ve seen a couple of cases where an HOA has to start raising fees, and I’ve seen past board members standing up and saying they had recommended that  [during their tenure],” says Williamsen. Being able to point to continuity in the decision-making  process can make a significant difference in helping residents accept change.

Because this is an imperfect world, not all board transitions from run smoothly.  What happens when a board member has difficulty letting go of their authority?  What if they start interrupting board meetings, or asking for special  treatment? According to the experts, that’s a relatively rare occurrence. “You don’t see that happen very often,” says Lewin. “Too often you’re just trying to get people to serve in the first place.”

Williamsen agrees. “I’ve been to some raucous meetings, but none as a result of former board members,” he says. “Those board members have all been there and done that. They’re not interested in that kind of thing.”

When former board members do want to voice their opinions, though, “Invite them to speak at a homeowners’ forum, or ask for their ideas in writing,” says Lewin. “Sometimes people are just feeling left out. Treat them with respect. You don’t want them to feel like it’s all-or- nothing, that you either love them or hate them.”

For many board retirees, the opposite issue is the problem: rather than them not  being able to let go of their former position, it’s other residents not being able to let go of them. Neighbors who used to stop  by with a complaint about the clubhouse might not be able to get used to the  idea that their former connection to the board has given up that role. “If you’re getting phone calls, you need to set your voice mail to say, ‘If this is association business, please call thus-and-so number,’” says Adamen. “You need to learn to say no. You always have to push those questions off,  because you have no authority to be doing anything on behalf of the board  anymore.”

Not only that, but fielding constant questions from neighbors and being put in  the position of ad hoc emissary is just exhausting—so setting boundaries is vital. If a discussion of the association arises  between a former board member and a non-board neighbor, “You have to make it clear that you’re speaking only as a neighbor,” says Lewin. “It’s important to support board decisions. It’s okay to disagree with something but you still have to support the board’s authority. You don’t want to create dissension.”

Ultimately, the best way to build strong, positive relationships between past  and present HOA boards and board members is to remember how much time, energy  and effort past members gave to their community. “Acknowledge the input of volunteers,” says Adamen. “Positive acknowledgment is worth its weight in gold.”