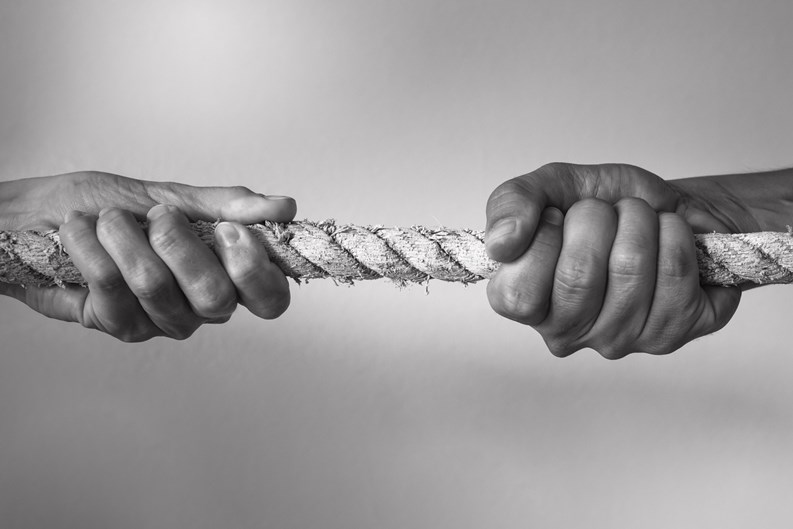 One of the unique aspects of life in a co-op or condo is that a building or HOA is in many ways a microcosm of the larger world outside. It can suffer from the same factionalism and partisan bickering as any political entity, only on a much smaller, more intimate—and therefore potentially more damaging—scale. Conflict and divisions in co-op and condo communities can and often do bleed into the community’s administration: the manager and board of directors. Even a seemingly minor conflict can upend a residential community if it’s not dealt with diplomatically—so boards and managers must be prepared to step up, step in, and do their part to defuse such issues before they turn into something worse.

Michael Davidson is the president of BoardCoach.com, a Manhattan-based company that specializes in nonprofit board development and management support, including coaching. Davidson explains that board members of nonprofit entities (including co-ops and HOAs) have three main duties to which they must adhere: “The duty of care, the duty of loyalty, and the duty of obedience.”

With regard to the first, the duty of care, “Board members must basically understand what’s going on in terms of the building,” Davidson says, adding that their primary responsibility is to make sure the property is well and effectively managed.

The second duty, the duty of loyalty, “Requires adherence to conflict of interest obligations.” In simple terms, that means that a board member must put the co-op or condo’s welfare before their own. A good example would be that if your brother-in-law owns a roofing company, you shouldn’t recommend him for roof repairs to the building. In the more abstract sense, Davidson points out that adherence to this duty is less clearly defined in a co-op or condo than it may be in other not-for-profit organizations, because in a residential context, every board member presumably owns a unit or shares and may make decisions based on what may benefit them but not their neighbor.

“While co-op and condo boards represent nonprofit corporations and associations, they are, at their core, somewhat different from non-residential nonprofits,” he says, “because the board members are investors or owners in the nonprofit and their board positions carry a heavy fiduciary responsibility.” An example might be voting to permit Airbnb rentals. Doing so might provide a particular board member with additional income, but their neighbor(s) might not want strangers in the building. Both have vested interests, but those interests might not always align seamlessly.

The third duty incumbent upon board members—the duty of obedience—is of the most importance for co-op and condo board members. It calls upon them to understand, fairly enforce, and personally abide by the governing documents, policies, and protocols of their community. “The members of the board owe a duty to keep within the powers of the corporation and within those of the board of directors,” explains Davidson, adding, “The problem is that co-op boards are very different from other nonprofit boards in that everyone on the board has a personal interest in every issue. This makes them inherently more conflict-prone.”

There’s another protocol that Garden State boards must be especially mindful of as well. In New Jersey, there’s a statute that more or less requires associations to make a good-faith effort to settle disagreements via alternative dispute resolution (ADR) before escalating to litigation, notes Michael J. Vitiello, a shareholder with Giordano, Halleran & Ciesla, a law firm in Red Bank. If one or more of the parties involved in a dispute does not approach the board proactively with a request to attempt mediation or arbitration to resolve the issue, the board will have to get involved. Vitiello suggests that boards “spend any money wisely, because when it comes to funds, the board serves as trustees for the rest of the unit owners. A dispute resolution can involve board members or other members of a community volunteering to be part of a committee without charge, but when an association has to bring in a mediator, things can get very expensive. And that expense will be charged to everyone commonly, because you can’t specifically charge the ADR mediation expenses to the unit-owners involved in the dispute.”

Vitiello also points out that once a dispute rises to a level where those involved are really impairing other unit owners’ quiet enjoyment of the property, it becomes a quality-of-life issue, and in many cases by then has violated at least one of the association’s governing rules or regulations. “This can provide a board with an easy answer, because when there’s a rules violation, that’s something more actionable.”

Odd Numbers, Staggered Terms, and the Limits of Power

According to Andrew Freedland, an attorney with Anderson Kill, a law firm based in Manhattan, “It’s not unusual for a board to have groups that side one way or another. What’s great about most boards is that they are oddly numbered, having five or seven or nine members, which helps avoid deadlocks on votes.”

Many boards also have staggered board service terms to provide continuity for management and supervision. So, what if there are seven seats and only three come up for election and the majority of shareholders or unit owners are unhappy with the existing board? They elect three new members—but voting control of the board stays with the four prior board members not subject to the current election cycle. Basically, they’re stuck till the next election.

“If shareholders are unhappy with what a board is doing,” says Freedland, “I have seen recall elections. Shareholders or unit owners can call a special meeting as provided in their bylaws. At that meeting board directors can be removed and replaced.” So it’s complicated, but it can be done.

Actions within the board itself are handled a little differently (and of course according to rules set forth in a given building or HOA’s governing documents).  Freedland says he often gets questions from directors about removing other directors. And while the chain of events and emotions that would lead to that level of infighting might be complex, the answer to the question of board members giving a particular colleague the boot is straightforward: “Directors can’t remove other directors from a board,” says Freedland. “They can only be removed by shareholders. But they can remove a director from a specific position, say president or secretary.” So board members can make an officer a non-officer via a vote—but that doesn’t remove the board member from the board entirely.

“Conflict can happen because people just don’t jive,” says Michele Schlossberg, a property manager with Gumley Haft, a management firm in New York City. She describes a situation in one community where a contingent of residents was unhappy with how the board had handled the planning and management of a large capital project. A large group didn’t feel they were being heard by the existing board, so they called for an election, collected a large number of proxies, and replaced three board members with new directors they felt would helm the project more effectively. The overall effect of the change, however, was to stymie the project even further. The new board members wanted to examine every document involved with the project to that point—then they announced they wanted to start the project over from scratch. It then took an additional three years—for a total of five—to complete a project that should have taken a year or two at most. So in that case at least, the infusion of new blood into the board had quite the opposite of the desired effect.

Freedland cites a situation where a building he represented had a board consisting of five members. Four of the members were elected from the residential population of the building; the fifth was a representative of the commercial tenant leasing the first floor of the property. This fifth board member never showed up for meetings, leaving the four residential representatives to vote on everything, which often resulted in deadlocked decisions and a great deal of frustration and needless acrimony. Ultimately, the shareholders amended the co-op’s governing documents to increase the board to eight members, including seven residential members—thus breaking the deadlock problem for good.

Davidson acknowledges that board environments can become combative. “Often there is friction,” he says. “I suggest that co-op and condo boards consider adopting a method common in nonprofit organizations, which is the board member agreement.” A board member agreement is kind of like a rulebook and lays out what’s acceptable behavior for board members. “It should be in writing, and every new board member should be required to say they are prepared to agree to these rules,” says Davidson.

Another idea is that of a grievance committee—a common feature of non-residential nonprofits—tailored to a building or HOA’s board policy. Davidson explains that a grievance committee can perform an annual assessment of each board member. “Sort of like a, ‘how am I doing?’” he says. “The member meets privately with someone from the grievance committee every year to talk about their performance.” Such accountability and the opportunity to ‘check in’ in a calm, non-combative setting can help boards or residents course-correct before something relatively minor balloons into a bigger problem.

What Can a Manager Do?

Schlossberg suggests that the best way to handle conflicts among board members—or among warring resident factions—is to try to arrive at some sort of reconciliation between the two opposing groups, whether that’s in the community as a whole or on the board. “People want to be heard,” she says, and recommends that at the first board meeting after an election, it’s often very helpful to simply ask the minority what it is they want to see—what kind of changes they’re looking to effect by joining the board. It’s also crucial to understand what the shareholders want, and to remember that the board is there to govern everyone—not to champion pet projects or to stick it to anyone who doesn’t necessarily share one’s opinions or priorities. Put simply, “The goal is to create a cohesive board,” says Schlossberg, and the most important component of achieving that is a commitment to listen and take others’ concerns seriously.

Freedland concurs, summing up with the assertion that “Dissention shouldn’t permeate every issue. Work it out and get on with it.”