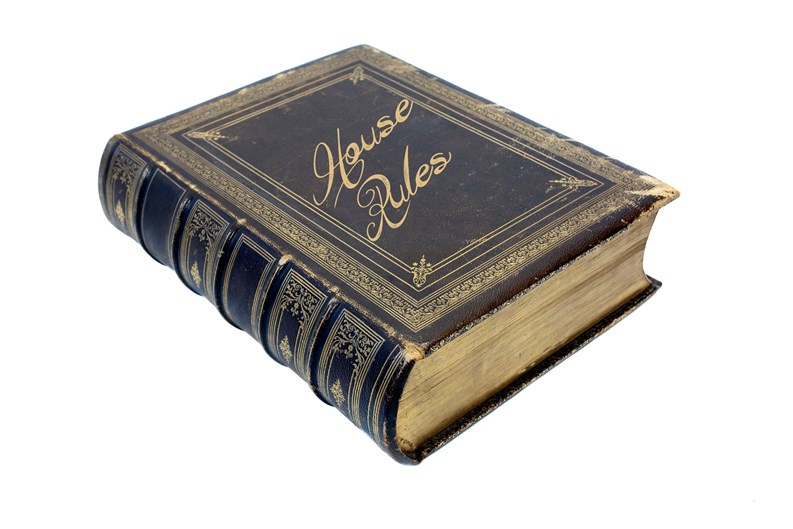 Every co-op, condo, and HOA has rules and regulations that residents and their guests must abide by. For the most part, they’re usually pretty straightforward: no smoking in common areas, limits on pets, no hockey-playing in the hallways. These are ‘good’ rules, rooted in common sense and drafted with the best interests of the community front and center.

Sometimes, however, a board will draft a rule that is biased, unenforceable, or that oversteps their powers. Others may try to level penalties against rule breakers that are either unrealistic or legally unsound. Some are just plain stupid. These ‘bad’ rules and enforcement policies do more harm than good; they foment resentment toward the board, animosity among neighbors, and can even invite litigation and subsequent legal costs. Let’s take a look at good rules—and bad.

The Nuts and Bolts of Rules

Not all rules are the same. In co-ops and condos, there are generally two different documents that govern what is and is not permissible: the governing documents (or bylaws), and the rules and regulations.

Bylaws are the equivalent of the Constitution for a co-op or condo—the papers signed by the founding mothers and fathers of the building. “That document talks a lot about the governance [of the building],” says Brendan Keany, General Manager of Penn South Co-Op in Manhattan. “It talks a lot about the election of the board, the terms or the board, the ability of the board to have committees, and delegate duties and responsibilities. It deals with a lot of what I call ‘the fundamentals.’ The very serious stuff.”

By contrast, the rules and regulations are more like a series of amendments to the bylaws. “It’s more of a working document,” Keany says. “It’s a little bit like how we all live, and if we abide by the rules. Most of them are listed, either specifically or in general terms, within the occupancy or proprietary lease.” These include things like noise prohibitions, and whether or not the owners in a building can have cats.