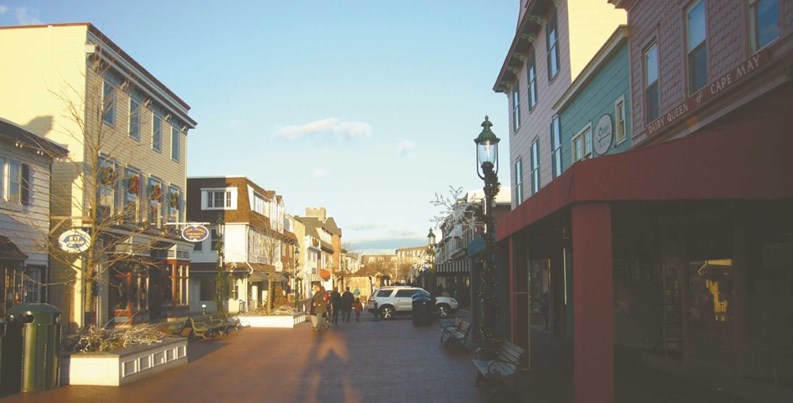 Known for its quaint Victorian cottages and pristine beaches, Cape May, New Jersey has been a seaside destination for generations. In fact, it is widely recognized as the oldest seaside resort in the country. Wealthy Northeasterners and several Presidents have summered here and the area is home to a rich architectural and cultural history.

But Cape May, nicknamed “the Queen of the Seaside Resorts,” is much more than just beaches, baubles and gingerbread-styled buildings. In 1976, the entire city of Cape May was declared a National Historic Landmark. Possessing one of the country's largest collections of 19th century framed buildings, the historic district features many styles of Victorian architecture—second only to San Francisco in volume.

According to Harry Bellangy, president of the Greater Cape May Historical Society, Cape May is named for a 1620 Dutch captain, Cornelius Jacobsen Mey, who explored and charted the area somewhere around 1620, and established a claim for the province of New Netherland. "Mey explored and charted it, though he did not actually settle here," says Bellangy. "He never overtly set foot on ground. Henry Hudson [did that] first when he ran aground out on the Delaware Bay. But neither one of them really settled here, although Mey claimed it for the Dutch, but the Dutch did not settle. It was settled by New Englanders who came down from New Haven. It was originally formed as the borough of Cape Island by the New Jersey Legislature in March of 1848, and reincorporated as Cape Island City March 10, 1851. It finally became Cape May City March 9, 1869."

Prior to European settlement, the area was a forest, occupied by members of the Lenni Lenape tribe, says Bellangy. Once Europeans came onto the scene, "Farming, fishing and whaling for a period of time—until all the whales were wiped out—were the primary industries here. In fact, Cape May was kind of the Lima bean capital of the world for a while, and West Cape May has a lima bean festival every year celebrating that."

The city began hosting vacationers from Philadelphia in the mid-1700s and its popularity grew so much during the 18th century, that it was soon considered one of the finest resorts in America.

In 1876, a five-day-long fire destroyed thirty acres of the town center. Replacement homes were almost uniformly reconstructed in the Victorian style. As a result of this and of more recent preservation efforts, Cape May is noted for its large number of well-maintained Victorian houses.

As a National Historic Landmark, Cape May is the only city in the United States wholly designated as such. The designation ensures that the buildings will continue to be architecturally preserved. "Cape May in its entirety —the whole city, not just a district, or a section—the entire city was designated a National Historic Landmark because of our collection of Victorian buildings," says Bellangy.

Another fixture in the area is its strong military presence. With roots as a U.S. Naval base prior to World War II, Cape May's Coast Guard Training Station continues to be an integral part of the Cape May landscape.

Unlike other "Jersey shore" towns, Cape May still reminds visitors of "small town America" complete with tree-canopied streets right out of a Norman Rockwell painting. The year-round population of Cape May is about 4,000, a number that has varied little for over a hundred years. According to Carol Menz, a broker/owner with Cape May's Coastline Realty, it's continuity and community that draw people to Cape May and keep them returning. "We see the same people year after year," she says. "So we see grandma, we see grandpa. We see the sons and daughters, the grandchildren. It's a place that people feel comfortable to come to for generations. There's always that draw. You know, grandma and grandpop might have a million-dollar beachfront house. And then you might have a granddaughter who buys the little condo that she rents out. So it's nice—we're small. You kind of get to know your neighbors, even if you're down one or two weeks a year."

According to Tim Conley, the general manager of Summer Station, a residential condo and hotel facility in town, "People come here to get away from the city. Cape May is like Key West—it's laid back. You get here, there are no horns honking; it's just peaceful. So people really come to wind down. Cape May is beach, very good restaurants, and quaint, very unique boutique shops. There are no chain restaurants or hotels. The only thing we have mainstream, if you want to consider it mainstream, is a Ben and Jerry’s. We don’t even have a Starbucks.”

The town's Jersey Shore location also still attracts visitors in droves, of course—the town's population can swell to more than 40,000 on some summer weekends. Staying in Cape May offers vacationers a wide variety of experiences. The hotels of yesteryear are still here, some beautifully restored and others, by design, comfortably left as they have been for decades, along with meticulously maintained bed and breakfast inns, and other resort properties. And the beach, of course, is the town's crown jewel. Cape May has been recognized as one of America's top 10 beaches by the Travel Channel, and its beach was ranked fifth in New Jersey in the 2008 Top 10 Beaches Contest sponsored by the New Jersey Marine Sciences Consortium.

"Our beaches are absolutely fantastic," says Menz. "They're all well-maintained, with a nice little promenade on the front. We also have quite a bit of shopping, which is nice. Not major shopping but boutique shopping. The restaurants are phenomenal. We have a historic quality, so there's always lots of events, depending on active you wish to be, from house tours to trolley tours to the horse and carriage tours—even ghost tours."

Commercial and sport fishing, marine mammal watching, bird watching, and other forms of eco-tourism are also on the rise in Cape May. According to Bellangy, the community is also a popular spot for wine enthusiasts.

Another interesting tourist activity is searching the beaches for translucent gemstones that have been dubbed "Cape May Diamonds." The "diamonds" are translucent pebbles, found on the shores of Cape May Point. The pebbles are prized as souvenirs, but are often mistakenly thought to be glass remnants. Washed down the Delaware River until they are tumbled smooth and deposited on local beaches. However, the stones are actually pieces of quartz crystal. Cape May diamonds can be found, but most are as small as baby’s teeth. Cape May diamonds can be polished to bring out their crystal brilliance.

While the population and revenue of Cape May fluctuates widely by season, and the ongoing recession hasn't spared the town entirely, the community's real estate market is doing relatively well, according to Menz. "I would say our overall market seems to be moving along quite nicely compared to other places in the country. We're fairly insulated in that our typical buyer is a second-home buyer who anticipates putting 20 or 30 percent down and has those funds. We're doing pretty well, all things considered. Some of our prices have fallen, so there are really great prices to be had now. And the interest rates have hung in there and actually gone lower, so that seems to be spurring the buyers along. We didn't really benefit from that first-time homebuyer credit because most our buyers aren't first-time homebuyers. But we certainly benefit from well-priced condos and a fantastic interest rate right now."

As for pricing, Menz says the range in Cape May has widened. "The market is very varied since we have a town that has not only newer condos, but also hotel renovations and Victorian homes have had some condos built into them. So you can get in at a low purchase price somewhere around $270,000, but then again some of the beachfront condos sell for over $1 million. It's a very broad range. There's a little bit for everybody—just depends on location and size."

"We tend to have an older population," adds Bellangy. "We have very few children of school age here total. Our school population in round numbers is about 160—our elementary school. And that is over 65 percent from the Coast Guard base housing. Because again it's expensive to live here, and you don't have the employment to support that. So you have a large number of owners from out of the area, investors, many who will buy a property and then it will be a summer rental. We're having more and more retired people who decide to go somewhere where it's warmer.

The combination of historic richness and proximity to more modern-era amusements and amenities makes Cape May the unusual and appealing community it is. And it would seem that 'community' is the operative term here —the sense of knowing one's neighbors, taking an interest in preservation and improvement, and riding out the ebb and flow of the seasons in a town that charts its year by them more closely than others. "The love is of the history and knowing people, even summer people, weekend people, people who come off and on throughout the year," says Menz. "It's a town you could walk through and meet and greet, and know many people, and still only be a vacationer here."

Bellangy puts it even more succinctly: "It's a pretty nice little town."

Debra A. Estock is the managing editor of The New Jersey Cooperator. Additional reporting/writing by David Chiu and Hannah Fons. 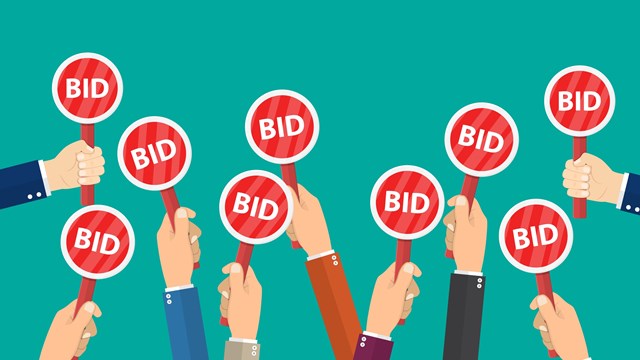 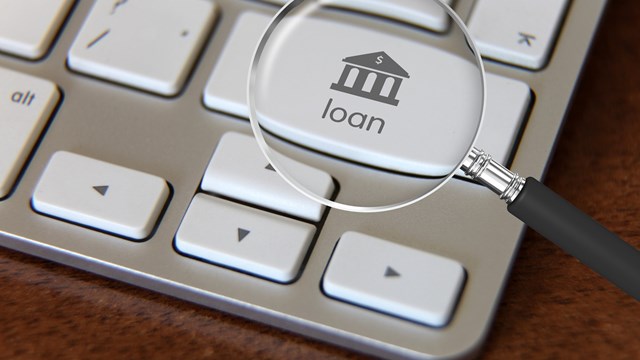 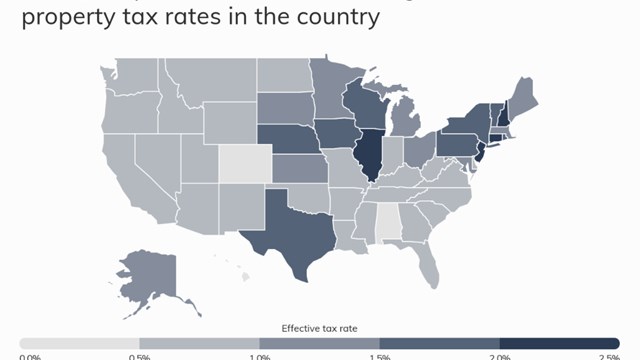