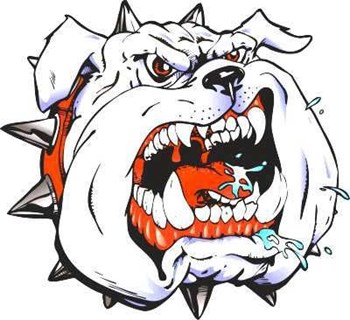 As a member of board, you've volunteered your time to serve your building or homeowner's association with the best interest of your community in mind. But as every board member knows, even with the best of intentions, your board may face opposition from your fellow shareholders or homeowners—some legitimate, some decidedly less so. So knowing how to work with non-board members and how to handle conflict within your association are essential elements in building and maintaining a strong community.

The Pest May Have a Point

It's likely your board has already encountered residents who are unhappy, demanding, hostile or all of the above. But when does a person cross the line from simply being a harmless annoyance to becoming an actual problem?

"Problems become more significant in the case of an owner who is unhappy with particular decision or policy," says Ronald L. Perl, a partner at Hill Wallack in Princeton, where he is a partner-in charge of the firm's community association law practice group. "Say someone wants to change screen door that's not approved by architectural committee. He or she disapproves of the committee's decision, but the board sides with the committee. Now there's a conflict. In response to that conflict, the unit owner declares 'war' and makes demands that are unreasonable—such as wanting to see all the meeting minutes—and approaches the board with aggressive demands that are designed to harass."

"Rather than try to work through decision," Perl continues, "it really becomes a war—and the weapon is harassing the board. That's when it really becomes a true annoyance. A situation like that is detrimental to entire association because it distracts the board and keeps them from making important decisions."

Because board members are often neighbors and perhaps acquaintances or even friends of other residents, HOA members don't always respect board members' right to personal time. It's tempting for fellow owners or shareholders to stop board members outside their homes, in common areas, or by the mailbox to raise questions or concerns about the community. While their concern for their homes may be warranted, it may border on being overzealous. This often occurs because many residents simply do not understand their board's duties—or their limitations.

"Typically, there is a lack of knowledge about the fundamental basics of how a homeowners association is structured and how it should function," says Michael Simmons, president and CEO of Community Realty Management in Pleasantville. "In many cases, the person who is continually never satisfied is prone to complain about everything. In some cases, he or she isn't focused on even hearing how the complaint should be approached and stated, or what the board has control over and what they don't. They feel the board is responsible for every facet of existence within the association—and that's just not true."

Perl advises boards to maintain communication with owners so the board's actions are always clear. "Be very open with the owners," he says. "For instance, in advance of adopting a budget, have a meeting and explain what's happening. Also discuss what goes into contracts. And after the fact explain what's in a contract and why it's there," he says.

"A good board is responsive to residents and takes position that every owner has a legitimate interest in what's going on that their questions deserve to be answered," says David J. Byrne, an attorney and shareholder at Stark & Stark's Lawrenceville office.

Open lines of communication from the start will help alleviate confusion and also dispel the common "us vs. them" attitude that shareholders may feel toward the board.

"Board members are volunteers, and the other owners sometimes forget that," says Perl. "Boards are devoting their time to protect property values, and they have the same interest as the rest of the unit owners in keeping the property looking good and not having excessive fees. We're really all in the same boat."

In the event that you are facing opposition from residents, the board's first line of defense is the building or association's managing agent.

"The problem will come to managing agent, and he or she has to examine facts or information that can be gathered," says Simmons, who is a past president of the Institute of Real Estate Management (IREM). "They have to look at whatever governing documents may apply, bylaws, rules and regulations that have been enacted or master deed. If there is an application from one of those instruments, the managing agent must take to the board its recommendation or options to try to cure, correct or enforce whatever the case may be. The board has the final say as to applying the cure or corrective action after the management company has presented options," he says.

"The manager [should be] trained as a customer service representative," adds Perl. "They should be able to handle people who are dissatisfied, whether it's regarding a decision or a rule that's enacted."

Disputes between neighbors is another age-old problem. As long as there have been neighborhoods, residents have had feuds with one another. Community issues run can the gamut from arguments about messy yards to noise at all hours of the night. "Any time you have a densely structured community of homeowners, living in those circumstances requires certain compromises for the common good and for good order within the property or building," says Simmons. "People in single-family homes can make noise and stomp around, but you can't do that in a home owners association. Sometimes families just don't like each other and don't get along, and are constantly bickering for things real or imagined."

When residents approach the board, Simmons advises board members to always hear both sides before starting to implement corrections. "Really listen, and try not to formulate an opinion beforehand," he says. "Get the story from both sides, and based on that try to evaluate between management experience and the board's structure how to approach the parties that are involved with a recommended solution."

"A lot of disputes involve noise from upstairs or downstairs, pets—especially when people don't curb their dogs—children's toys lying around, and parking," says Perl. "If the conflict involves a breach of association rules, such as noise, overcrowding or parking, the association should be available to mediate."

Perl has had first-hand experience in mediation: he does mediation training, teaching association volunteers how to become mediators and facilitators. "A committee can be very valuable to the association in avoiding and solving conflicts by mediating between owners," says Perl. "A board can train volunteers and have that available before conflicts arise."

In general, the board is responsible for addressing anything that involves breaking association rules, although your board might choose to make mediation available to residents who are arguing over seemingly innocuous issues as well. "If it's a personality conflict, the association can make an attempt to help using the same technique, but you don't have the same obligation if the situation doesn't involve breaking rules," says Perl.

"In a co-op or condo, when there's a dispute between owners, the building should make alternative dispute resolution available," says Byrne. "If one or both owners don't want to participate, the board can't force them to mediate. But make it available."

While the board should take an interest in promoting harmony in their community, the experts caution against getting too personally involved in an intra-association situation. "Individual board members should never be involved in a conflict," advises Byrne. "Get a non-board member to handle it. You might have to hire an outside person or ask for a volunteer from the community."

An outside individual or attorney can help in more complex situations. "In a situation where someone has constructed a fence too close to neighbor and it has no been approved by board, the conflict involves legal issues and rights," says Perl. "In this case, the association may call upon its attorney to resolve it."

The way a board approaches every situation—no matter how minor—plays a large part in the board/owner relationship. You actions and response (or lack of response) to community issues send a clear message to all of the non-board members.

"Boards and management exist to serve best interest of homeowners, and they should be treated like customers," says Perl. "Boards always have to remember that unit owners are our customers and have a right to get answers to their questions and to know what's going on. Don't say: 'We're in charge, and if you don't like it, too bad—go run for office and get elected.' Throwing down the gauntlet will only create conflict."

The board and management must maintain a level of professionalism and create an atmosphere of conciliation rather than confrontation. "You can't allow yourself to be worn down by pesky person," says Simmons. "Try to listen to the message that's being delivered and not get caught up in who the messenger is. You can't ignore them or hope the problem will go away."

You also can't take it too personally. "Good boards and management take the emotion out of situations, which isn't always easy," says Simmons. "Try to approach the issue without the tempers and emotion, and determine how best to get started on applying a fix or repair."

"Some boards resent the people who make up the community, and make assumptions about how people will handle information," says Byrne. "You have to understand that people have a right to ask questions, and you have to be responsive. If you aren't, you shouldn't be on the board."

Remember: Even though your position on the board is not mandatory, you do have a responsibility to your fellow owners or shareholders. A good board will recognize that the community as a whole must be served, and will at all costs avoid creating an adversarial relationship between the board and non-board members. "The approach you take with unit owners or shareholders dictates if you're going to have a productive relationship with homeowners," says Perl.